Although no one close to the situation was at liberty to explain what happened exactly, ITRBoxing.com was told that the city of San Francisco, CA was less than keen on the idea of signing off on boxing permit for the Longshoremen’s Hall in North Beach. Instead the card will relocate to my personal favorite venue in all of boxing, The Fox Theatre in downtown Redwood City, CA for Saturday, April 18th.

A press release should be out once the date is confirmed and the match-ups are in place. For the time being the card should feature Paul Mendez, Andy Vences, Arturo Quintero, Ricardo Pinell and Ryan Bourland. As of right now, it is unclear whether or not Manuel “Tino” Avila will stay on the card as it appears that Fox Sports 1 needed content for the original date of April 30th. Fox Sports 1 works handed in hand with Golden Boy Promotions who Avila is signed to. 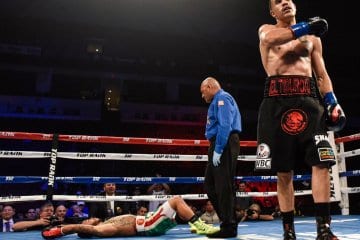