Well, Here is a weird Mayweather-Pacquiao rumor grounded in speculation 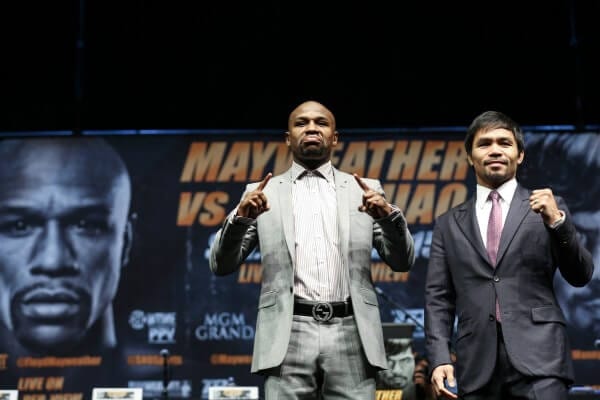 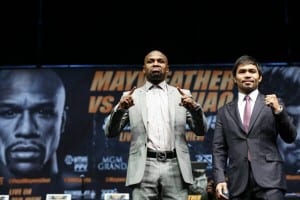 Manny Pacquiao and Floyd Mayweather may have not signed to fight each other yet! I know that sounds crazy, but that is a statement that is Top Rank head honcho, Bob Arum, is letting the public know. “We agreed that we would all be signatories to the final contract, and then they sent us a draft of the agreement and it excluded us.” Arum explained to ESPN.

On the converse side, Leonard Ellerbe has basically said that Arum’s opinion is all, but irrelevant. Ellerbe essentially states that if Arum is mad, it is his own fault. Mayweather wanted the fight in Las Vegas and wanted the fight at the MGM and if he is not in the loop for the broadcast and licensing, well that’s his tough luck.

So what does all of this mean? Well probably nothing as the fight has to happen, right? Though the one big takeaway could be the fact that since tickets and closed circuit tickets are yet to be available, then this may add some legitimacy to this rumor. Tickets can not be sold before all parties have signed on the dotted line.

Also rumors are floating that  “sharks” (heavy gamblers) and pundits in the industry are canceling their reservations to Las Vegas. Thisis unconfirmed as hotels still appear booked up when looking at their websites. It just adds an extra level of confusion to what is safe to say the weirdest build up to the biggest fight in my lifetime

Well, Here is a weird Mayweather-Pacquiao rumor grounded in speculation