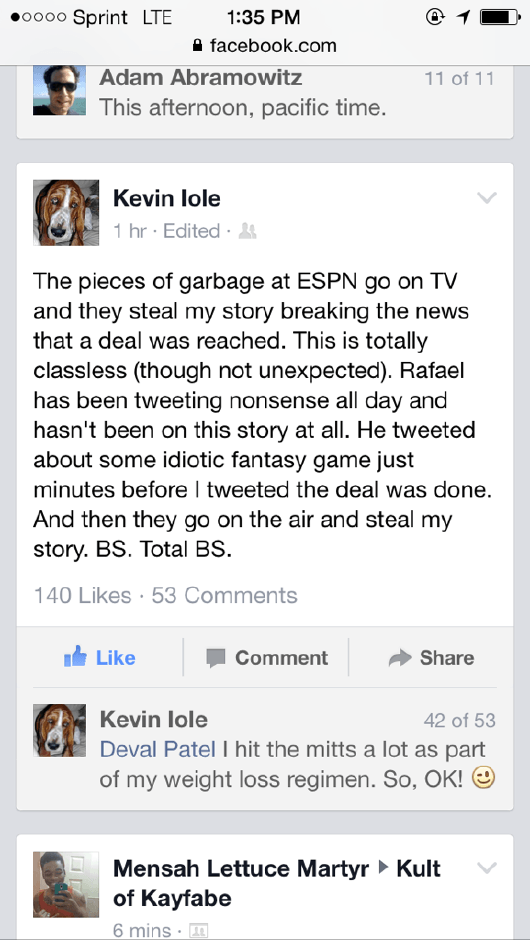 In a very fast paced and ever changing climate of boxing, where news breaks so quickly sometimes writers lose it. In fact sometimes I have lost it. Today after Kevin Iole worked on the story via Twitter correspondence for the whole morning, ESPN’s Dan Rafael seemingly took the information and broke it live on air on TV. The reason this is a cardinal sign is the lack of giving credit where it is due for someone’s hard work, i.e. for Iole, and also using a bigger platform to kind of say “So what?” and “What are you going to do about it?”

So why is this news worthy? Well, both are rather PG tweeters and tend to be a little on the dry side, so when the insults are flowing back and forth, it is nothing short of comedy. From Iole’s “Yeah, you were told after I tweeted it, dude. Nice!” to the following text included below. 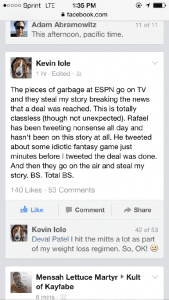 So the biggest question is Iole and Rafael were considered the ‘boys’ club’ of boxing writers. The “A-list” and with this tiff a question from a writer’s perspective is does this create openings for younger voices to begin to climb the ranks if this beef progresses.

Tickets for Mayweather-Pacquiao Out Today Thanks To CEO of CBS 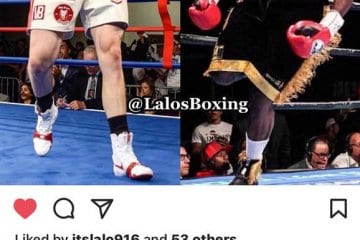 Sadam Ali vs. Liam Smith set for May 12th on HBO 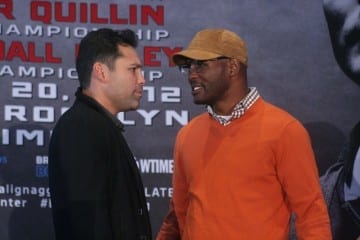 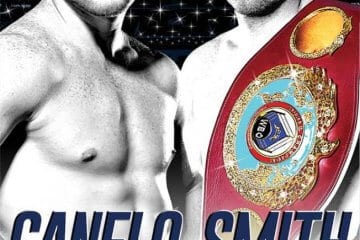