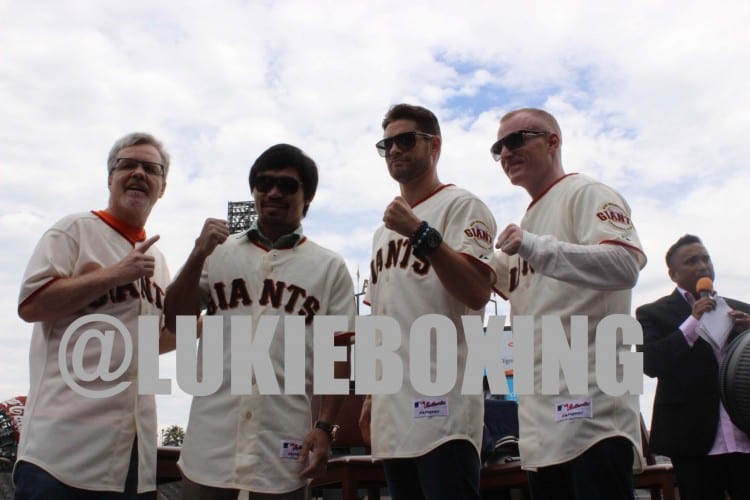 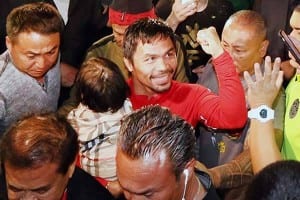 Longtime trainer of Manny Pacquiao is not a fan of Mayweather and made it vocal to media on Monday. “Our long international boxing nightmare will soon be over,…Boxing has been held hostage by Floyd Mayweather and his antics long enough.” explained Roach.

Roach equates Mayweather to nothing more than a schoolyard bully, a bully who has carefully picked his foes on the playground, but now will have a peer with equal skill sets ready to greet him on May 2nd. “…Manny has always come out on top when he was the underdog and you don’t have to look any further than his victories over Ledwaba, Barrera and De La Hoya” furthered the longtime trainer Roach about Pacquiao

”Today Pacquiao will host a free fan rally celebrating the kickoff of Fight Week at Mandalay Bay in Bayside C, located on the first floor of the South Convention Center, beginning at 11AM. Doors will open at 10AM.

Mayweather will make his “grand arrival” at 3PM at the MGM Grand Garden Arena. Doors will open at 1PM. The Grand Arrival Show begins at 2PM.