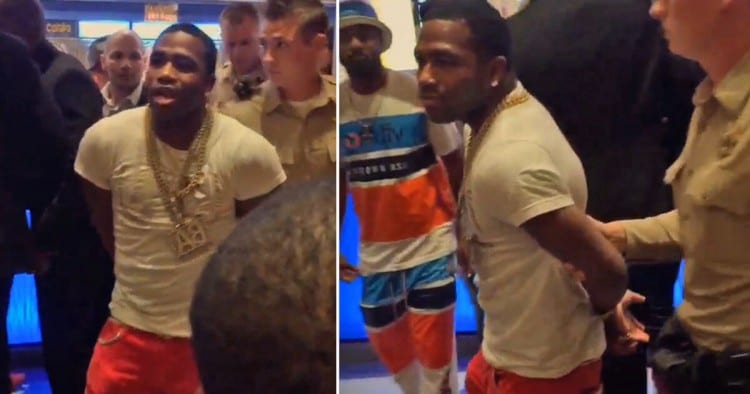 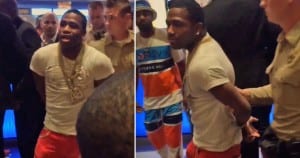 Adrien Broner can’t stay out of the headlines this week, the boxing personality, was involved in a night club incident on Thursday night that saw himself handcuffed, but not arrested prior sources close to the situation that spoke on the terms of anonymity.

The incident took place over a dress code violation as Broner and members of his entourage did not meet the dress code requirements, but refused to leave when told they could not stay in the club. This prompted the police to arrive to the club who promptly cuffed Broner in the photo above which first appeared on AllHipHop.com.

Broner was held by the cops, but then released to go back to his hotel room, the incident was not major, but yet another bad decision by Broner who constantly seems to make headlines for all the wrong reasons. 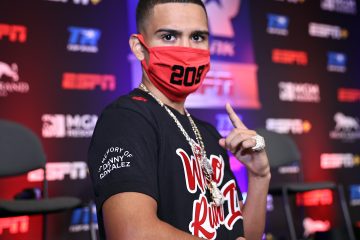