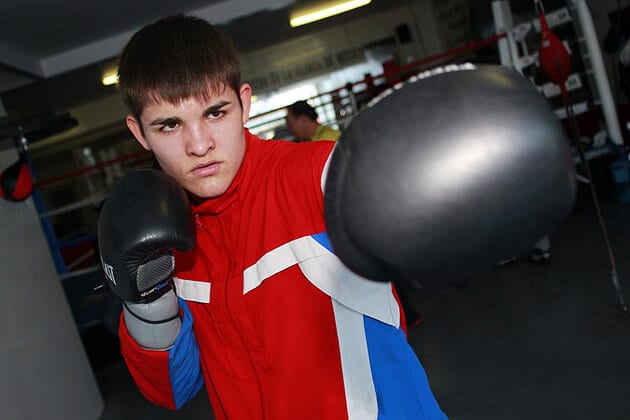 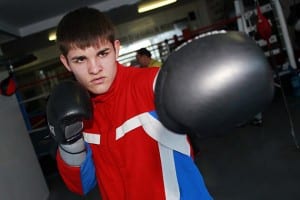 In the first round Ponomarev started a trend that would carry over the majority of the fight as Zewski would sit back and try to wait and counter, but appeared to get outworked by the Abel Sanchez trained fighter, Ponomarev. In the second round, Ponomarev dropped Zewski with a right hand that vetaran ref Jay Nady ruled a slip as Ponomarev’s footwork and activity simply was pushing back on the Zewski, who looked lost.

It appeared that the gameplan from Zewski was able to sit back and let Ponomarev tire out, the problem was Zewski had no defense for Ponomarev right hand. The third round seemingly was another Ponomarev round in which he had applied more pressure landing decent body shots, but backing up Zewski who just seemed to be unhappy with the constant pressure.

The fourth round saw a shift in the fight in which both fighters appeared to want to sit back and look for the best punches as the more accurate shots came from Zewski momentarily earned Ponomarev’s respect. In the fifth, Zewski saw a punch from Ponomarev cause a cut to his eye which seemingly forced Zewski to have to get more aggressive.

In the final frame of the fight, Zewski appeared to know that the fight was slipping away as he began to sit down on his right hand, but Ponomarev simply would not stay off him. That was the story of this fight as Zewski appeared to try to land the homerun as Ponomarev would get inside and smoother Zewski’s shots, in essence Ponomarev was able to control the distance and Zewski was to comfortable to sit back and wait to land a big punch.

The final rounds saw Ponomarev on his bike using his reach to outbox Zewski, who seemed just flat out discouraged. Panomarev wins the NABF welterweight title, a regional belt that helps garner a ranking in the top ten to set up a big money fight.