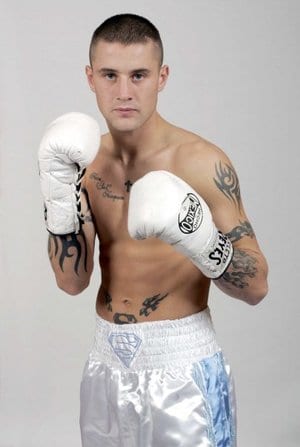 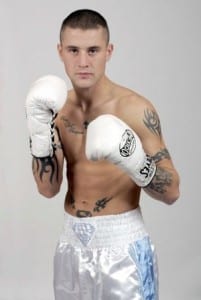 Ricky Burns says that beating Omar Figueroa in Texas on Saturday will put him back on the World title trail. The former two-weight world champion Burns meets the former WBC lightweight king at the State Farm Arena in Hidalgo live on CBS in the US as part of the Premier Boxing Champions series. Burns is looking to return to the top of the boxing tree having lost his WBO Lightweight crown to Terence Crawford and then slipped up against Dejan Zlaticanin as he looked to make waves in the WBC rankings.

The Coatbridge ace stepped back into the ring and up at light welterweight for the first time in Leeds in October with a confidence boosting win over Alexandre Lepelley, and the 32 year old expects a classic on a must-win night.

“This is such a huge fight for me,” said Burns. “I have had a tough time of it in and out of the ring recently but that’s in the past and it’s time to get back to performing in the ring and doing what I love. We wouldn’t have taken the fight if we didn’t think I can win it and I am confident that I will. I don’t want to contemplate defeat, I am not thinking about it – but there’s no doubt that I need to win this to get back on track and into more big fights.

“I’ve been in Texas for a couple of weeks already getting used to the heat – it’s a wee bit warmer than Glasgow and Essex I can tell you that! Kevin Mitchell and John Ryder have been out there with me too so it’s been a really great camp with those guys, they both have big fights in London on May 30 so they are right in the zone too. John is a cracking guy and Kevin is just the funniest bloke you could meet, so it’s been good fun as well as a lot of hard work.

“I can’t wait to fight in America, it’s something that I have always wanted to do and I can tick it off the list. Before the fight was confirmed there were a few names mentioned and Figueroa in America was one of them – when I was told that it was likely I was going to be fighting in America I didn’t really care who it was, I am just looking forward to the challenge of boxing in the States. I’m going into his hometown and he’ll have the crowd behind him, but they can’t help him when the bell goes, it’s down to him and I and the best man will win on the night.

“Omar is a very good fighter, there’s no denying that – you don’t become WBC champion without being good. We’ve seen a lot of him though, Kevin beat the guy that Figueroa beat last time out so Tony has seen plenty of him and so have I.

“Our styles will mix and it’s his debut at 140lbs so it’s a new thing for him to cope with. He was tight at the weight before and he still might struggle even at this weight as they were talking about going up another weight too, so we will see. We had been talking about moving down to Lightweight and I believe that is where my future lies, but this fight is too good to turn down so I am not going to grumble at a few pounds, I just want to get in there and get on with it. Tony has been working on lots of tactics so I have more than one game-plan to beat him and the fans are in for a treat.”