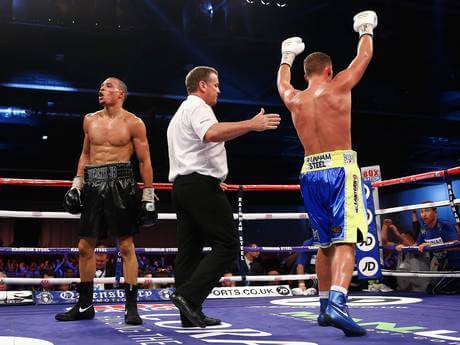 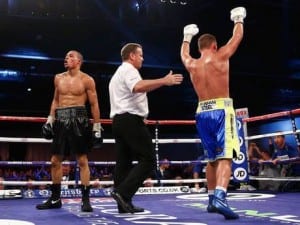 It looks like the rematch between Billy Joe Saunders (21-0, 11KO’s) and Chris Eubank Jr. (19-1, 14 KO’s) is going to take place again. TheBoxingBbserver.com reports that June 27 at Upton Park in London, England.

The fighters were supposed to fight on a card this weekend, but the card was scrapped in the middle of last week as the middleweight bout between the two fighters seemed all, but a done deal for the start of summer.

Saunders who won the first bout in what was described by many as a very flat and not as compelling fight as many had of hoped for. Saunders was suppose to fight Andy Lee for the WBO middleweight title, but reportedly took “step aside money” for Peter Quillin to get the shot in Brooklyn, NY on a PBC card that ended in a draw. That bout seems to be on hiatus as Lee is recovering from a thumb injury.
The fight will be for the interim WBO middleweight title, which is just a fancy way of saying the number 1 contender to Andy Lee’s belt. The announcement is expected to happen later today.
Tags:Andy LeeBilly Joe SaundersChris Eubanks JrFrank WarrenInterimmiddleweightwbo
Previous post

Frankie Gomez Hopes To Take Next Step In Career