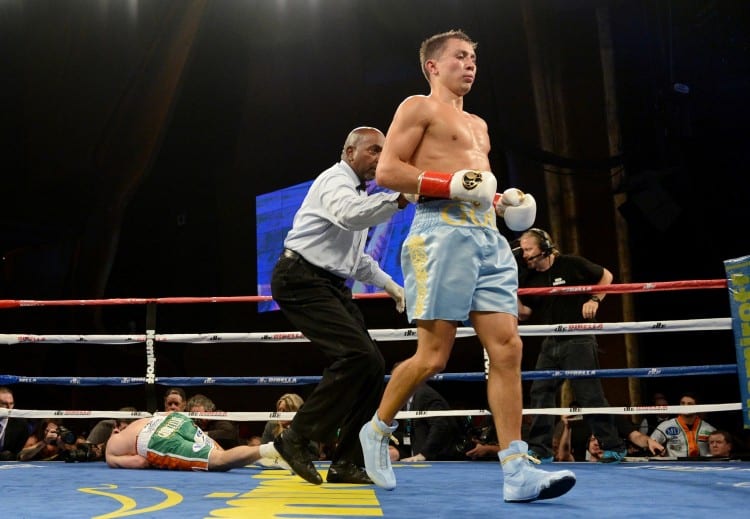 Middleweight boogeyman Gennady Golovkin has still yet to face his ‘big drama show’ that he talked about prior to the fight on a media conference call this week. Golovkin proved too much for the slick boxing Monroe Jr. who didn’t seem to have the power to make Golovkin stay away from him. The fight took a dramatic turn when Monroe Jr. was dropped in the second round by a left hook.

Monroe Jr. fought well and made the fight competitive for a bit albeit not really winning rounds, but Golovkin seemed to not get frustrated or even worried with the slick style of Monroe Jr. whom he methodically broke down. The finish came in the sixth round when Monroe was floored for third time in the fight and looked befuddled to referee Jack Reiss as the ref continued to count, but Monroe Jr. seemingly was done.

This marks the second time the Los Angeles fans and have Golovkin have come together for a special event. In front of a sellout crowd in The LA Forum in Inglewood, CA, Golovkin asked for his big fight to a loud, roaring crowd that has embraced Golovkin as one of their own. Golovkin pleaded for either Canelo Alvarez or Miguel Cotto to face him and give the fans what they want, ‘a big drama show’.

Golovkin, nonetheless is a full fledged star after this performance and also has fought nearly every style available in the division that he has access to. 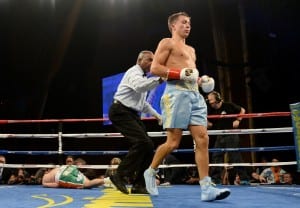 Kovalev vs. Mahammedi announced for July 25th on HBO