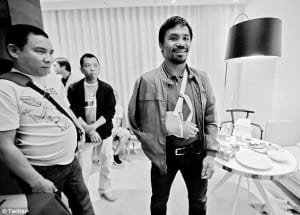 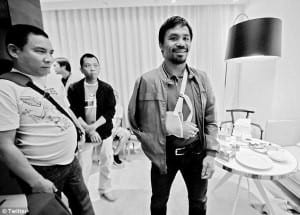 Manny Pacquiao has done a lot in his career. The eight division world champion most recently lost a one-sided bout to Floyd Mayweather in Las Vegas that saw a pesky shoulder injury get the blame for his failure.  Pacquiao, who spoke exclusively with BBC Sport talked candidly about his future.

“I will focus on healing my shoulder. After that, I will announce that I’m continuing my career or retirement,” Pacquiao said. So it has happened as the first murmurs of retirement have been uttered by the proud Filipino fighter who turns 37 years-old this year.

“I’m not saying I am going to retire, but it’s near.” Pacquiao furthered. This all, but confirms that after Pacquiao recovers from his shoulder injury only one fight exists for him, Floyd Mayweather. After this statement I find it hard to believe he will come back for anyone else as he just doesn’t seem all that interested.