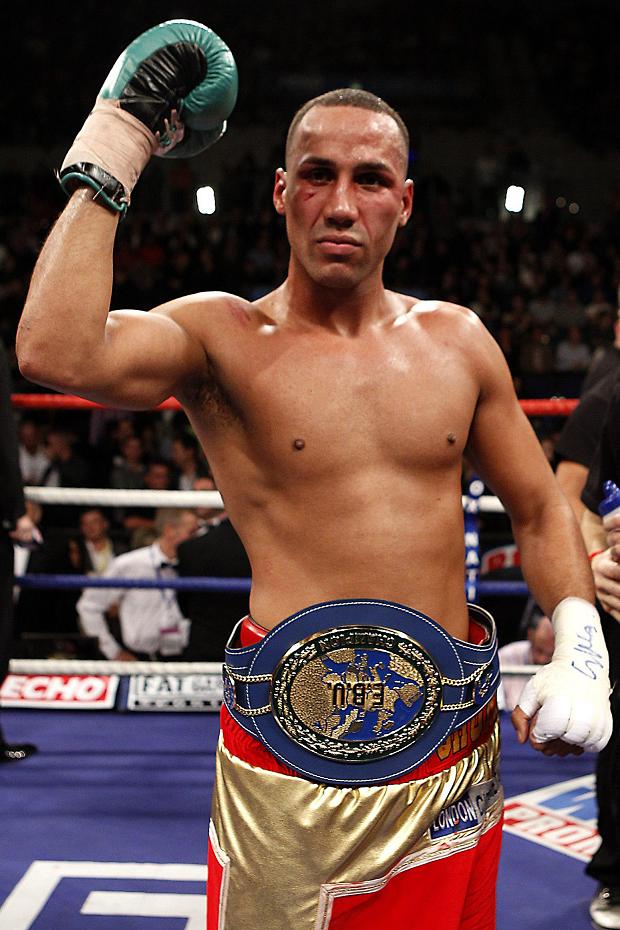 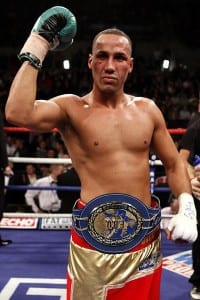 James DeGale became the first man to become an Olympic gold medalist as well as a world champion as he defeated Andre Dirrell in Boston, Mass to become the IBF super middleweight champion. DeGale who floored Dirrell in the second round twice and nearly ended the fight early, but appeared to fade late in the fight, but still was able to obtain the victory as DeGale explained “I’m hard to beat when I am at my best!”

In the first round both men patiently looked for their shots as DeGale and Dirrell both appeared very tentative to start the bout. It was clear early on that Dirrell had the faster hands , but DeGale was moving wisely on the outside limiting the target Dirrell had to hit. It was evident it would be a close fight from the onset as only ten punches landed in the first round.

The second round saw Dirrell time the left of DeGale and as a left hook open up a cut over his right eye. With only thirty seconds left in the round, DeGale landed a looping overhand left that dropped Dirrell and would  drop him for a second time before being saved by the bell as Dirrell held onto DeGale well past the bell. In the following round Dirrell was almost the same as the round prior, but somehow got caught with a hard punch towards the end of the round that made it a swing round rather then a clear round for Dirrell.

During the middle portion of the fight, DeGale began to show his superior footwork to Dirrell as Dirrell began to follow DeGale around the ring without trying to cut the ring off. Essentially as a cut opened up on Andre Dirrell, it was DeGale who forced the fight to go where ever he choose the action to go.

In the seventh, DeGale began to coast as Dirrell appeared to gain confidence as the Boston, Mass crowd began to chant hoping to witness a comeback from Dirrell. DeGale appeared to have gassed out from trying to stop Dirrell in the middle rounds as he looked lethargic and unable to throw beyond one punch at a time. Dirrell began to pick up rounds late in the fight and poised to win what might be a comeback.

Heading into the last two rounds, ITRBoxing had the fight dead even as we scored the last two rounds a split as we gave one round to Dirrell and one to DeGale making it a draw, but the judges saw the bout otherwise. The final scores were 114-112, 117-109, 114-112 all in favor of James DeGale