Thoughts on possible @Canelo vs. @RealMiguelCotto next?

Sitting down to watch the @RealMiguelCotto and Geale fight. Let's see how RocNation produces a fight. #HighHopes pic.twitter.com/82S4L4DmqT

Fun fact: Miguel Cotto first invented the left hook in 2004. He then forgot it for a while, Before reinventing it in 2013. #Innovation

I thought the pic of Miguel Cotto getting married in pink crocs might have been fake. It wasn't. pic.twitter.com/z4XVXPwhJ0

All the respect in the world for Aron Martinez. Hell of a fight today bro! pic.twitter.com/h2k3jv9Oxl

rewatched the @premierboxing and I must say that Martinez knockdown of @GHOSTBOXING was simply a beatdown. Nobody had done that to RG before

Congrats to my brother @ghostboxing ! Warrior doesn't do you justice you are a real life gladiator! ??? #TeamGhost

Ghost got his legs back, still got work to do these last 4 rds though. #PBConNBC 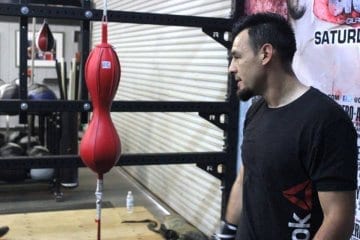