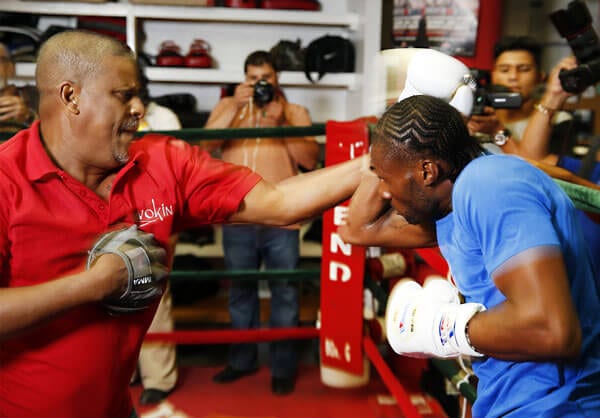 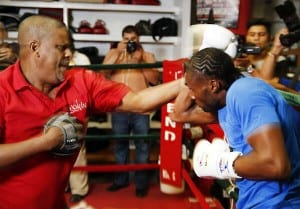 The four undefeated fighters headline, in separate bouts, a world championship card in New York during Puerto Rican Day Parade Weekend. The event will take place this Saturday in The Theater at Madison Square Garden.

Walters (25-0, 21 KOs), from Montego Bay, Jamaica, who is in the third year of his championship reign, will defend his world title against Marriaga (20-0, 18 KOs), of Arjona, Colombia. Verdejo (17-0, 13 KOs), of San Juan, Puerto Rico, in his live HBO debut, will make the first defense of his newly-won World Boxing Organization (WBO) Latino lightweight title against Najera(16-0, 8 KOs), of San Antonio, TX. Both fights will be televised live on HBO Boxing After Dark, beginning at 10:00 p.m. ET/PT.

“Marriaga may have beaten me in the amateurs but I do not remember it. Besides those fights are four rounds. On Saturday we will be fighting 12 rounds. He may be bringing his ‘A Game’ but I am bringing my ‘A-Plus Game.’ I have trained for a knockout victory. I am going to destroy him.”

“I am overwhelmed to be fighting at Madison Square Garden, the Mecca of Boxing, because so many of boxing’s great champions have fought here. It is hallowed ground. It is my honor and I want to give my best performance there. To be great…to be known as the best…you have to beat the best and I am ready to take on all champions in my division and beyond.”

“Of course Walters doesn’t remember me beating him for a spot on the Olympic team…BECAUSE HE LOST! He’s not going to remember Saturday, June 13 for the same reason!”

“After I beat Walters again on Saturday I look forward to unifying the titles in my next fight.”

“It is an honor to be fighting on Puerto Rican Day Parade Weekend in boxing’s most historic building, Madison Square Garden. I have dreamed of doing this for so long. And then on Sunday I will be riding on a float in the parade. But first I need to prove myself worthy of these honors. Najera is my toughest test as a professional and I have worked very hard in training camp. I am prepared to go mano a mano on Saturday night. I will be fighting not just for myself but for the pride of Puerto Ricans everywhere!”

“I am ready for my moment – my date with destiny. I know this is supposed to be Verdejo’s big debut on HBO. But I am here to do what I always do – to spoil the party. I have sacrificed so much to be ready for Saturday night but I will be dining out on this victory for years to come. June 13 will be remembered as Iván Najera’s Coming Out Party!”