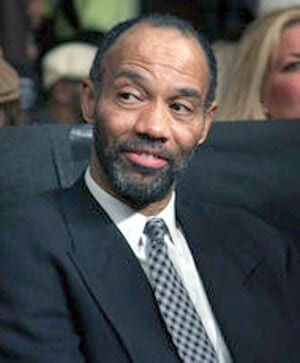 [Editor Note: If you’re not a big fan of reading you can listen to a podcast on the topic right here.]

So today Top Rank Inc. filed a lawsuit against Al Haymon’s Premier Boxing Champions, citing that Haymon is trying to run every other boxing promoter out of business. This now marks the third lawsuit that Haymon has faced in the boxing world as Golden Boy Promotions is currently suing him for taking nearly their whole roster under the Richard Schaefer era as well Main Events and Kathy Duva suing him and later dropping the suit over similar practices. So how does this effect the average fight fan and why should you care?

Well first look at the introduction to Haymon via the lawsuit and the description of him that seems like it is ripped out of the plot of “Fat City”  that was provided by Lance Pugmire of LATimes.com who broke this story.

Essentially, the lawsuit says that Haymon is a criminal, because he exists on name alone, most can’t recognize him yet he has virtually every fighter wanting to be affiliated with him, mostly based off purses he offers. It furthers that what Haymon is doing is having promoters such as Lou DiBella, Warriors Promotions, Mayweather Promotions and Goossen-Tutor serve as “sham promoters” while he pulls the strings and controls what occurs. In essence, the suit is saying Haymon is monopolizing the sport and that he is trying to run out all other promoters to be the only show in town, like say the UFC.
Then we have the bread and butter of the suit, The Muhammad Ali Reform Act, which says a manager and promoter can not function as the same. For those who do not know, Al Haymon’s official label is “advisor”, which under this law could be grouped in as a manager. Top Rank and Golden Boy to a lesser extent are contending that Haymon is spitting in the face of the of the law by going around that law by having different promoters in place, who technically work as promoters, but answer to Haymon.
This seems like a slam dunk case right how I have outlined, but let’s think deeper and look at our inquiry skills. Haymon is doing something that a lot of promoters haven’t done in forever, adequately pay fighters. Most fighters are ripped off and unfairly compensated often leaving the sport badly hurt with little to show for it, Haymon is paying the majority of his fighters well and more so his fighters are not complaining.
So really this lawsuit is more so the trial of Al Haymon in the court of public opinion. In a recent interview with ESPN affiliate podcast, The Ropes, PBC promoter Lou DiBella basically said that boxing wasn’t in any better shape in the hands of Oscar De La Hoya or Bob Arum, so why does it matter? DiBella has a point, my grandparents have renewed interest in boxing and I have canceled both of my premium network subscriptions opting to go to friends house for the rare HBO or Showtime cards. Haymon is making boxing accessible once again and making boxing at least be a part of the conversation in the sports landscape which is better than we have seen in a longtime.
So a part of me wonders are these lawsuits partially out of anger for not having the courage to do what Haymon did? Haymon albeit took investors money, but still risked money to take out time buys on major networks as well as created a uniform, dare I say music concert town to town vibe, that is easily discernible to the trained eye. So in a way, the more successful Haymon is; also makes Arum, De La Hoya and others look really bad for not having the vision to create such a brand and method of promoting fights to the masses.
Another complaint to Haymon has been the salaries he is willing to pay to fighters as the ratings on network television have not merited astronomical purses. This has lead some to wonder if Haymon who gets a percentage of the fighter’s salaries is trying to create the highest purses possible to line his pockets as most fighters on the roster are Haymon fighters meaning he profits off each inflated purse. The other side is Haymon’s oldest brother, Bobby Haymon was a boxer and was exploited by the system and some feel that he is making a play to right past wrongs as he is hoping to help fighters get paid a honest wage.
So that brings us to thesis topic right, how do you view Al Haymon? Is he a calculating man who holds grudges and sits in a top floor office suite on Tropicana Blvd in Las Vegas, NV looking down on the city like Kingpin did in the Spider-Man comic books? Or do you see Haymon as a shy, well meaning person, who loved the sport of boxing, but felt the people involved outside of the fighters lacked ethics, so he wished to change that and now feels hurt that a plan to help the fighters could of gone so wrong?
The truth is we really will never know, at least until the court proceedings go further. Haymon has never made official statements in public, but one thing it appears the Top Rank case is based around Haymon stating “[he] could take over boxing at any moment if he wanted to.” The fact that Haymon is so elusive adds allure to a mundane legal proceeding since this will force him to have to talk to the public at large whom he has never really addressed.
My major takeaway is the fact that this case will bring about reform to The Ali Act and that whether or not Haymon stays in boxing the outcome of this will bring about changes to laws and bring something to forefront that needs to be; the fighter’s rights as worker. 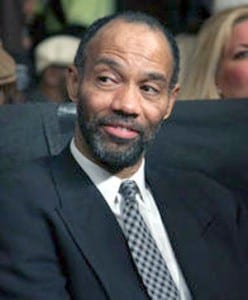