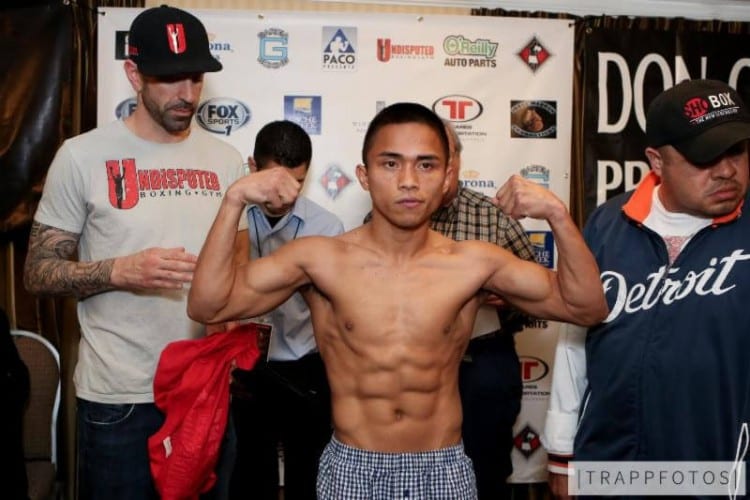 photo: Stephanie Trapp
A card originally scheduled for August 1st in Redwood City, CA will not go on per a press release today via an e-mail from Don Chargin Promotions and Paco Presents Boxing. The card which was headlined by Bruno Escalante returning the ring after a year and half hiatus from a hand injury. Below is the official statement from the promotion.

The fight card originally schedule for August 1 at the Fox Theatre in Redwood City has been postponed.
Hall of fame promoter Don Chargin and Paco Damian will soon announce a later date.
“We are working on an even better presentation and will have an updated announcement soon,” says Chargin.
Meanwhile, please stand by for the new announcement.  Paco and I are very appreciative of the support given by you, the media, and look forward to seeing you at our next big fight card very soon”