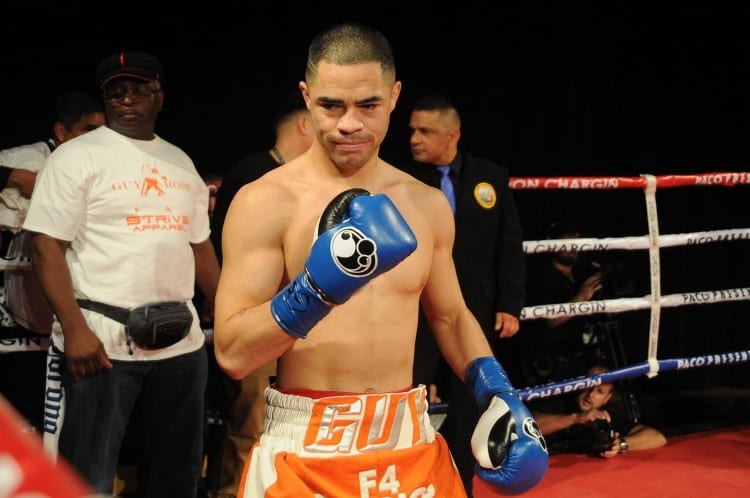 Hollywood Fight Night makes another quick return to the world famous Florentine Gardens Nightclub on Saturday, July 25, 2015. The 11th installment of the series will mark three shows in less than three months as Top Rank’s Solo Boxeo Tecate on Unimas returns to Tinseltown.

The Solo VBoxeo Tecate main event on Unimas will feature former WBC and IBF Junior Flyweight and WBO and WBA Flyweight World Champion, Brain “The Hawaiian Punch” Viloria (35-4, 21 KOs). The Filipino-American superstar and longtime Freddie Roach trainee went undefeated in three bouts last year and will make his 2015 debut on July 25th. Viloria will take on former four-time world title challenger Omar “Lobito” Soto (23-11-2, 15 KOs) in a rematch of a 2010 fight that saw Soto lose a 10 round split decision in the Philippines. Soto is no stranger to upsetting Filipino boxers as he has a win over Glenn Donaire (15-4-1) for the WBC’s Latino Flyweight title and was the long-time holder of the WBC’s FECARBOX Flyweight title.

Rounding out the card will be a battle of local boxers making their professional debuts as Loyola Marymount University student and Wildcard Boxing Club trainee Brian Flores takes on San Bernardino’s Thomas Noel. In an intriguing crossroads fight, Wildcard Boxing Club light heavyweight Israel Duffus (8-3, 7KOs), who took part in a bloody Fight of The Night candidate during the previous Hollywood Fight Night show, will come down to Light Heavyweight and take on undefeated brawler Ryan Bourland (7-0, 4KOs) of Vacaville, California.

Hollywood Fight Night 11 takes place on Saturday, July 25, 2015 at the Florentine Gardens Hollywood, located at 5955 Hollywood Blvd. in Hollywood, California. Tickets can be purchased online at www.hollywoodfightnight.com or by calling (626) 388-8888. Tickets start at $50 for General Admission and range from $75 to $150 for Reserved (Rows 2 and 3) and Ringside Front Row seating. A limited number of VIP bottle service tables are also available. Doors Open at 6:30pm; First Bout at 7:00pm.