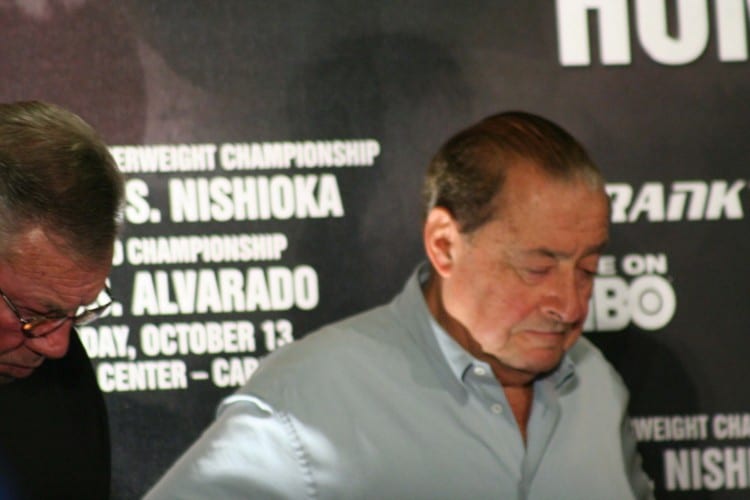 Top Rank Inc CEO Bob Arum had some choice words for Manny Pacquiao after the Macau, China card last Saturday after watching Argentina’s Cesar Cuenca beat China’s ‘IK’ Yang to win the IBF junior welterweight title. A report from The National, an English newspaper in Abu Dhabi who offered onsite coverage of the event about the what happened once Pacquiao’s name was brought up.

Arum stated to the press

“As far as I’m concerned he’s not an active fighter,” said Arum, adding that Pacquiao had “not been acting very professionally.”

Arum voiced frustration as well with the fact that Pacquiao who received shoulder surgery on May 7th canceled a planned check-up with surgeon Neal ElAttrache on July 4th. Arum seemed to be at a loss for words for why Pacquiao would do such a thing.

Arum flat out stated that by his merit and through Pacquiao’s action he does not see him as an active fighter and is proceeding as such. At the present moment, it is unclear whether or not Pacquiao will return to the sport of boxing with it being unclear if he will return in 2016 as 2015 has been ruled out for sure.