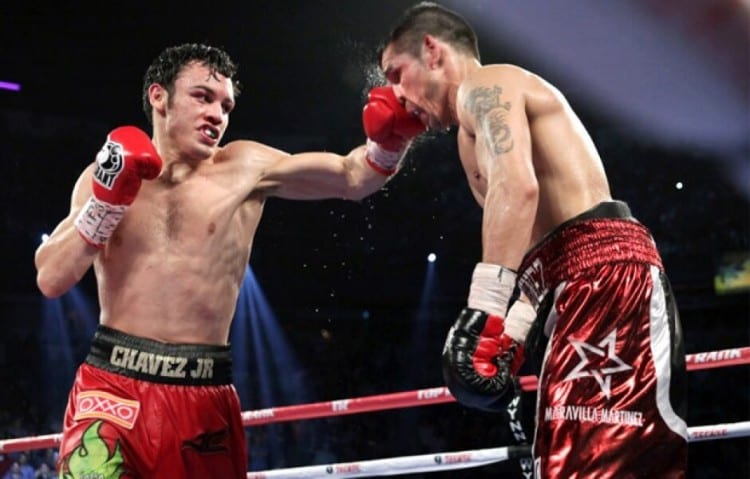 Julio Cesar Chavez Jr. has made his mark in the sport of boxing by being the son of a legend and having a vibrant personality that has endeared him or made him hated by fans at large, predominantly Mexicans. In effect up until this point Chavez Jr. has been a slam dunk ratings wise as he netted the highest ratings against Brian Vera last year on HBO.

The key factor between then and now are a few things; a new promoter/promotional system in Premier Boxing Champions and a new network as he has shifted from HBO to rival Showtime. Chavez Jr. has also gone a string of missed weight episodics as well as losing his last fight to Andrzej Fonfora, a good, but not great fighter that saw Chavez Jr. quit on the stool in Carson, CA.

The fight from Don Haskins Center in El Paso, Texas had an announced crowd of over 8,000 tickets, but with large speculation that a good portion of the tickets given out prior to the bout to fill up the arena. According to Nielsen Media Research, Julio Cesar Chavez Jr.-Marcos Reyes bout averaged 663,000 viewers, with a peak of 707,000 for the live Showtime airing, which is the first time in recent memory Chavez Jr. has not hit a million viewers. The trend is alarming as even diehard Chavez Jr. fans now look a bit troubled by a developing pattern, viewers losing interest in his lack of commitment to the sport.

The rest of the triple header didn’t do very well numbers wise as well as McJoe Arroyo-Arthur Villanueva junior averaged 464,000 viewers and the junior welterweight title eliminator between Amir Imam and Fernando Angulo, which opened the telecast, averaged 433,000 viewers.

Though no official numbers are out for the daytime Premier Boxing Champions telecast on CBS headlined by Carl Frampton vs. Alejandro Gonzalez Jr., drew a 0.8 overnight rating making it the third out of four PBC on CBS cards to fail to report 1.0 overnight rating.