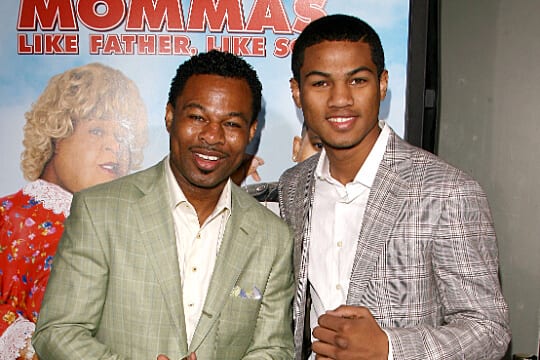 Middleweight Shane Mosley Jr., the son of former three-division world champion Shane Mosley, has been suspended by the Nevada State Athletic Commission for failing a drug test following his appearance on the Big Knockout Boxing pay-per-view card on June 27 at Mandalay Bay in Las Vegas. In that bout Mosley knocked out an outclassed, Jason Kelly, in 51 seconds, but the decision will now be overturned as Mosley Jr. tested positive for amphetamines, which are on the NSAC banned substance list.

Mosley Jr.’s father, Shane Mosley Sr. is no stranger to this as in 2003 he was front and center involved with a PED scandal as his name appeared on the infamous BALCO list. Mosley Sr. though never tested positive for before or after a fight, has had some of his legacy tarnished as he stated “he unknowingly took steroids” prior to certain fights.

Mosley Jr. will now be removed from this week’s Main Events card headlined by Sergey Kovalev vs. Nadjib Mohammedi. It was rumored that Mosley Jr. would also be featured on the undercard of his father’s bout on August 29th at The Forum in Inglewood, CA.