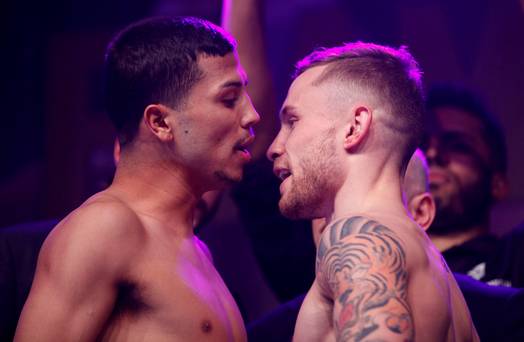 Top Rank made the announcement today.

Magdaleno was injured in sparring in Las Vegas last Thursday. “I caught a sparring partner with a nice right hook on the top of his head. That punch caused a lot of pain in my right hand. When I took my glove off I had swollen knuckles on the hand. I hate not fighting but I will be back as soon as I can.”

Avalos, 25-3, 19 KOs, is ranked IBF #9. He last fought in a world title fight on February 28 in Belfast, Ireland where he was stopped by world champion Carl Frampton in the fifth round.

Avalos vs Perez is scheduled for 8 rounds. In the opening televised bout the very popular super featherweight Casey Ramos, 19-0, 5 KOs, of Austin, Texas will take on Daniel Evangelista Jr., 17-5-1, 13 KOs in an eight round bout. Casey has been training primarily in Austin with sparring in San Antonio.

Florida puncher Clarence Booth, 11-1, 7 KOs, will be in action on the card. He is a welterweight. Eric DeLeon, a 9-0, 4 KO lightweight, of Detroit is also scheduled to box.

Tickets are VIP Tables for 10 $850; reserved seating $50, $35, $20 and are available at Dr. Pepper Arena, Ticketmaster outlets and at Ticketmaster.com