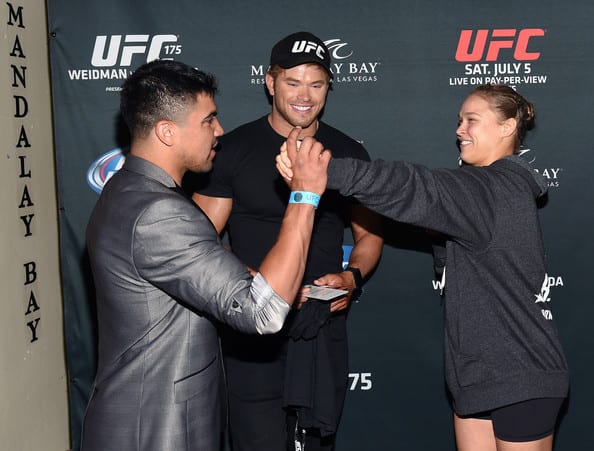 Former welterweight world champion Victor Ortiz (30-5-2, 23 KO’s) was arrested Saturday at a Kenny Chesney/Jason Aldean concert in Pasadena, California for assault with a deadly weapon, according to TMZ Sports.

The incident in question saw Ortiz and h get into a verbal altercation with another person at the show that lead to fisticuffs. Though the details are sketchy, the man essentially got beat up and ended up on the ground in which it is being reported Ortiz kicked the man while down.

Ortiz posted a bail of $30,000 and was released. This serves as another of confusing story in a long line of odd behaviors for Victor Ortiz, who seemingly always finds himself in the spotlight somehow. Ortiz last fought in 2014 when he knocked out by Manuel Perez.
Tags:ArrestedsportsTMZVictor Ortiz

*CLASH OF THE OLYMPIANS: PAYANO VS WARREN, AUG 2ND!*