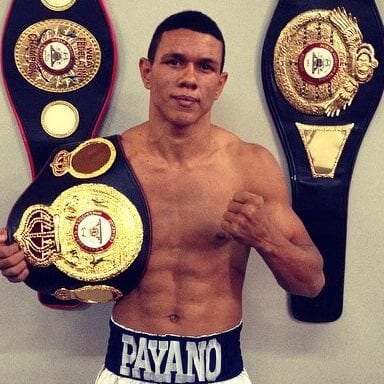 The bout which was highly competitive that showed a style contrast between Warren’s ability to land accurate shots and Payano’s pure pressure. In the early going it looked like Payano was going to pick up rounds early until the referee, who was dreadful for the whole fight, deducted a point from Payano without warning for a rabbit punch. Warren began to land a check right hook at will against Payano who would run forward without craft often trying to force Warren into the ropes. In the eighth round, Warren was deducted two points for intentionally shoving Payano to the ground, but even then seem to be in control of the bout.

In the following round, the doctor began to look heavily at Payano’s eye to see if the bout could continue. It did and Payano continued to plow forward. In the final round Rau’shee Warren knocked down Payano which most felt was the final blow for Warren’s first title in the professional ranks. Instead the cards came back split as even with multiple deductions to both fighters the judges saw the bout 113-111 for Payano two times with another judge seeing the bout 115-109 for Warren.

The co-main event saw the opening round of WBC junir middleweight tournament as Jorge Cota (24-1 22KOs) earned a hard fought decision over Yudel Jhonson (17-1 9 KOs) in what will be considered a fight of the year candidate in awards season. Cota who rocked Jhonson several times early, began to get outboxed by the crafty and awkward southpaw Cuban, Jhonson. This changed in the middle rounds as Cota began to pick up the aggression as his punches began to have a lasting impression even after he was deducted a point in the sixth round. Cota would rally back dropping Jhonson in the eighth and ninth round, Cota also dropped Jhonson at the end of the third round, but it wasn’t called by the referee. The final scores were 95-92, 96-91 and 96-91.

In the opening bout of the television broadcast, John “The Rock” Jackson (19-2, 15 KOs) soundly beat Dennis Laurente (49-5, 30 KOs) for ten rounds en route to a decisive decision. Jackson dropped Laurente in the third round as he won 100-89 on all cards. Jackson will face for Cota the WBC junior middleweight title eliminator in the future for a number one contendership for WBC super middleweight title. The belt is currently held by Floyd Mayweather, who has gone on record stating in the near future he will give up his titles to allow for young champions to get a chance to at the belt, which seemingly seems logical as neither Jackson or Cota would merit a PPV type fight.