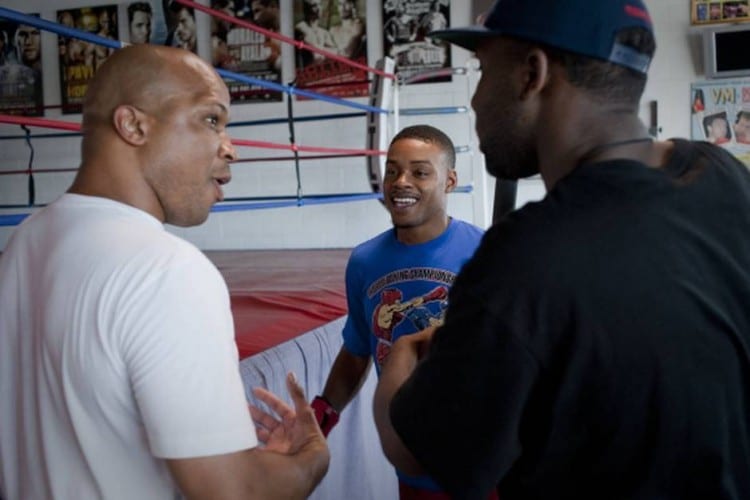 Groupe Yvon Michel (GYM), in association with Global Legacy Boxing (GLB) and Maple Leaf Sports and Entertainment (MLSE), officially announced today that 2012 U.S. Olympian Errol “The Truth” Spence will take on South African welterweight Chris “The Heat” Van Heerden in the 10-round televised co-feature, airing September 11 live on Spike TV in the United States, as well as Indigo and Bell TV in Canada, from Ricoh Coliseum in Toronto.

The event on September 11th will be yet another Premier Boxing Champions installmentheadlined by the world light-heavyweight title fight between defending champion Adonis “Superman” Stevenson and challenger Tommy “Kryptonite” Karpency.

The 25-year-old Eroll Spence Jr. (17-0, 14 KO’s), fighting out of Desota, Texas, was a highly decorated U.S. amateur boxer. The dangerous southpaw is a rising star who is being billed as the future of the welterweight division after Floyd “Money” Mayweather Jr. retires. In Spence’s last fight, he stopped veteran Phil Lo Greco in the third round.

Van Heerden (23-1-1, 12 KOs), 28, is also a southpaw. During his outstanding career, he has registered victories against the likes of Sebastian Lujan, Cosme Rivera, Matthew Hatton, Ray Narh, Cecil McCalla and Ramon Avila.

“We are very happy to have Spence versus Van Heerden as the televised co-feature on our September 11th event in Toronto, GYM president Yvon Michel said. “They are two of the most talented welterweights in the world. This match-up has all of the makings of an exciting, explosive, fan-friendly fight. We’re thrilled that boxing fans in the U.S. and Canada will be able to watch this fight, as well as ‘Superman’ Stevenson against Karpency, on national television.”

Also, part of this promotion is former undisputed heavyweight champion of the world, Lennox Lewis, conqueror of Mike Tyson, Evander Holyfield, Vitali Klitschko among the more notables during his distinguished boxing career.

A total of eight bouts will be scheduled during the event, showcasing young talents from Ontario and Quebec.