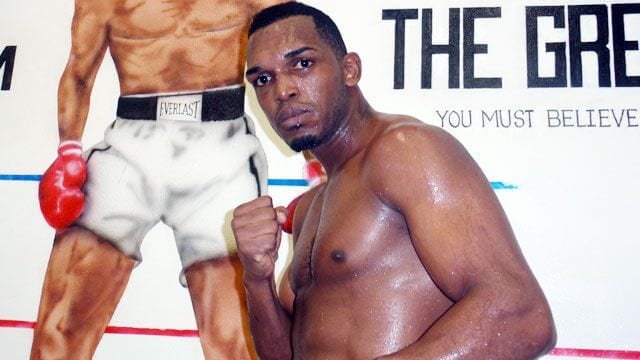 Eamon O’Kane-Tuerano Johnson will face off in the first bout of the Gennady Golovkin-David Lemieux pay-per-view on October 17th at Madison Square Garden in New York City, New York. Today it was announced via press release that Golden Boy Promotions has signed Johnson to the promotion.

Johnson who was signed with Gary Shaw Promotions is most known for nearly beating Curtis Stevens in a card on NBCSN last year in Philly. Johnson, a former 2008 U.S. Olympian, who now trains in Georgia, is currently ranked in the top five of middleweight rankings for WBC, WBA, and IBF, and ranked eleventh by the WBO.

“At this point in my career, it is important for me to stay focused on my goals which are to fight, to provide for my family, to make my Country proud, but ultimately to do what I was born to do to become a World champion,” said Tureano Johnson. “I have had many good offers but this decision was made based on my purpose, for I believe boxing is not a sport, it’s a lifestyle. For that reason and with a new team trainer, Tyrone Jones, new manager Garcia O Staley Sr. from Titanium Sports and Entertainment, and promoter Golden Boy Promotions, I would say I made a Golden decision, the legacy lives.”

“Tureano Johnson has proven himself to be a top contender in the middleweight division,” said Oscar De La Hoya, Chairman and CEO of Golden Boy Promotions. “This year, the middleweight division has catapulted itself back into the forefront of boxing with a caliber of talent reminiscent of legendary fighters like Carlos ‘Escopeta’ Monzon, ‘Marvelous’ Marvin Hagler and Bernard ‘The Alien’ Hopkins. Johnson has demonstrated his ability to become a champion and with Golden Boy Promotions at his side, he has the opportunity to grow into a top middleweight of this era.”