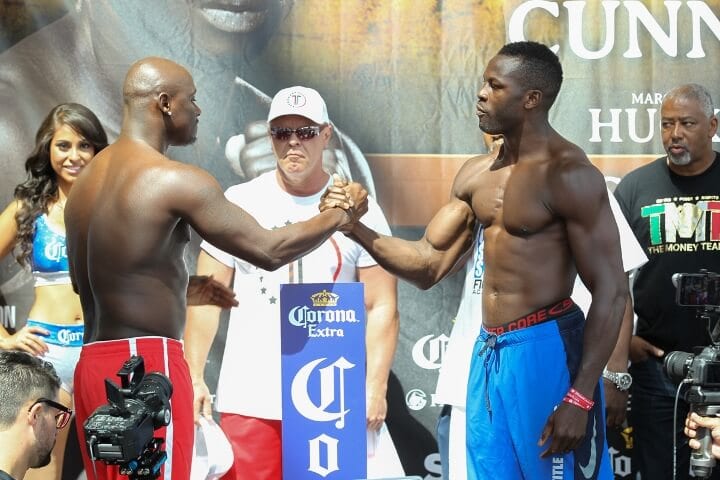 The fight saw Cunningham trying to out point Tarver who looked flat despite a couple of good left hands that seemed to land cleanly at will against Cunningham. The fight was awkward to score since for a good part of the rounds Tarver would not throw punches whether it was do to conditioning or his game plan was unclear, but nonetheless allowed Cunningham the chance to be far too active.

In the fourth round, Cunningham was nearly dropped by a straight left hand. As Cunningham who started the bout pushing the pace on Tarver who looked heavy a day prior at the weigh, began to ease back and look to pot shot.

The final rounds continued this pattern as Tarver didn’t throw much, but nearly dropped Cunningham a couple of times with accurate left hands. Cunningham on the other hand outworked Tarver throwing what seemed to be more punches though it was unclear to tell what punches landed cleanly and which ones Tarver blocked.

In the opening bout, Poland’s Krzysztof Glowacki (25-0, 16 KO’s) upset long-reigning WBO cruiserweight champion Marco Huck (38-3-1, 26 KOs) by knocking him out in the eleventh round in stunning fashion.

Huck was attempting to break the record for most consecutive cruiserweight title defenses in boxing history, a stat that is not as impressive as it sounds on paper, was unable as he will now tie the record. In a fight that will be listed on the short list of fight of the year contenders, as Glowacki got off the canvas in the sixth round barely beating the count to stop Huck in the 11th round to obtain a world championship.

At time of the stoppage Huck was up on all three of the judges cards.