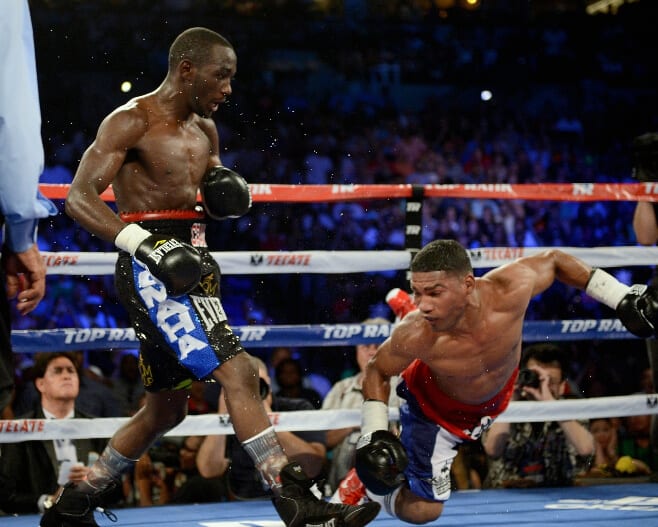 Crawford (26-0, 18 KOs) will be making the first defense of his World Boxing Organization (WBO) junior welterweight title. It will be the third time Omaha has hosted a world title fight for its hometown hero Crawford. Jean (29-1, 20 KOs), from Montréal, Québec, Canada, returns to the ring riding a four-bout winning streak, three of those victories coming by way of knockout, since losing a 12-round decision to world champion Lamont Peterson last year.

Promoted by Top Rank, in association with Tecate, the Crawford vs. Jean World Junior Welterweight Championship fight will take place Saturday, October 24, at the CenturyLink Center. The championship event will be televised live on HBO World Championship Boxing, beginning at 9:30 p.m. ET/PT.