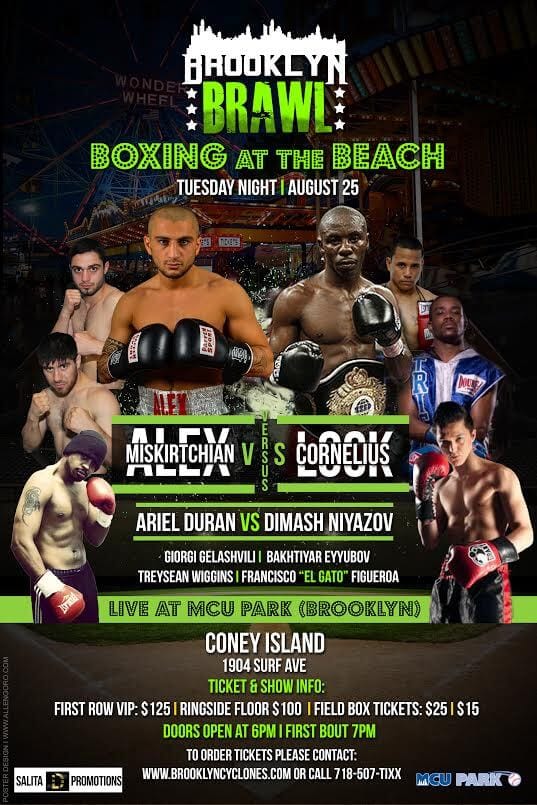 Broadcast and digital television information is now available for the Tuesday, Aug. 25 Brooklyn Brawl, announced by boxing champion-turned promoter Dmitriy Salita. ESPN3 will carry the event live from 8-11 p.m. via its multiscreen network, available to 99 million households nationwide. Meanwhile, the highly-anticipated Boxing At The Beach event is also scheduled to be available to more than 10 million broadcast households, re-airing during the month of Sept. courtesy of MSG Networks.

MCU Park in Coney Island hosts the exciting event on Tuesday. Gates open at 6 p.m. with two preliminary bouts scheduled for 7 p.m., lasting four rounds apiece. ESPN3 will have live coverage at 8 p.m. as “Brooklyn Brawl: Boxing At The Beach” brings pro boxing to the Coney Island boardwalk for the first time in 14 years. The last professional boxing event at the Brooklyn Cyclones’ venue occurred on July 8, 2001, when Hector Camacho Jr. defeated Jesse James Leija via a controversial, referee-halted TKO.

ESPN3 is accessible online at WatchESPN.com, smartphones and tablets via the WatchESPN app and streamed on televisions through Amazon Fire TV and Fire TV Stick, Apple TV, Chromecast, Roku, Xbox 360 and Xbox One. The network is currently available at no additional cost to fans who receive their high-speed Internet connection or video subscription from an affiliated service provider.

“Live coverage on ESPN3 will be tremendous exposure for boxing in New York City, and for the Brooklyn Brawl series,” said Salita. “I am grateful that the talented boxers under my banner will appear live before a national audience. I grew up watching boxing on ESPN and am very honored to be promoting a show on ESPN3.”

“We are happy that New York sport fans will have the ability to connect with world-class athletes that live and train in the five boroughs,” said Salita of the MSG Networks partnership. “The Brooklyn Brawl series is one of a kind. It features many local boxers that have tremendous accomplishments inside the ring. This show will feature cross-town rivals fighting for recognition in New York City, which will have an impact on their careers in the world of boxing.”

Brooklyn resident Michael Woods, RING Magazine boxing contributor and editor of The Sweet Science website will handle play-by-play duties, while Brian Adams of the New York Daily News Golden Gloves event will serve as the analyst for the evening. New York City-based Linacre Media has been selected for production. 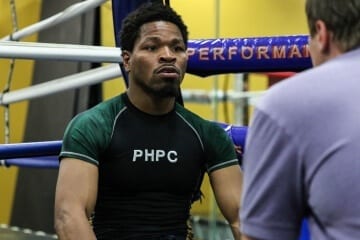