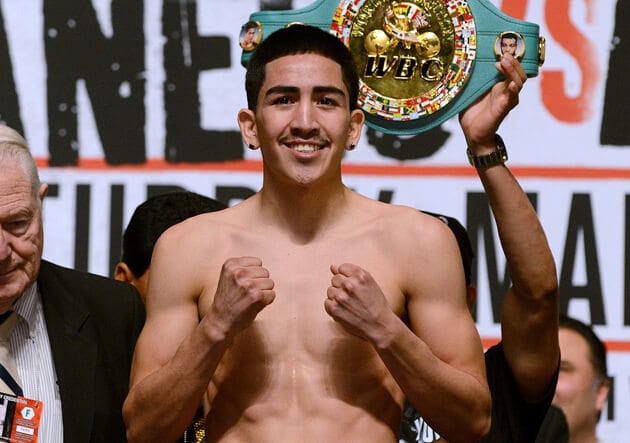 In front of a jam packed crowd in The Staples Center in Los Angeles, CA, featherweight Leo Santa Cruz may have gotten some of the pressure off his back as he defeated his toughest foe to date, Abner Mares. “…we had to box him and that is what we did.” said a joyful Santa Cruz after the fight.

Mares who rushed Santa Cruz to start the fight worked out of a clinch early and often in the first two rounds, but the third saw a change. Santa Cruz was able to assert distance and keep Mares off as it appeared Mares didn’t find the punches of Santa Cruz too fondly. Even though the bout stayed competitive, it appeared from my perspective that Mares near made the second adjustment – it might have been as simple as he felt that Santa Cruz would break from the pressure and didn’t expect Santa Cruz to mount his adjustment.

Nonetheless, Mares fought the rest of the fight trying to make the fight rough, but to no avail as he was often frustrated by Santa Cruz’s ability to use reach or clinch when Mares worked inside.

Ceja gets off canvas to beat Ruiz in PBC opener