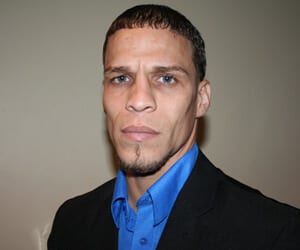 Jonathan Oquendo (25-5 16KOs) is back to his winning ways as he picked up a decision win over tough vet of the sport, Jhonny Gonzalez (59-9 49KOs). In a fight that might sneak into consideration for fight of the year contender as things looked bleak as Gonzalez dropped Oquendo in the first only for Oquendo to return the favor in the second round. Gonzalez in fact dropped a few rounds after being dropped in the second round as it appeared that he may have been knocked down as well in the third round, but referee Russell Mora ruled the knockdown as a slip.

The middle rounds saw the two fighters brawling a bit as Gonzalez gave up his length to fight on the inside with Oquendo who  forced Gonzalez into a war. Gonzalez began to regain momentum in the fight as he Oquendo appeared to fade late in the bout. By the ninth and tenth round, Gonzalez face was stained with blood as a large gash had opened over Gonzalez’s eye from multiple head clashes that showed wear on the aged fighter.

Gonzalez who left famed trainer Nacho Beristain after losing to Gary Russell Jr. appeared to have regressed a bit as late in the fight Gonzalez seemed to look to brawl as opposed to fight more methodically like in past fights. The final scores were 94-94,95-93,98-90 in favor of Jonathan Oquendo.

Mike Reed "A year from now I would like to fight for a world title."

Ashley Theophane "Floyd says he wants me to fight Broner next."