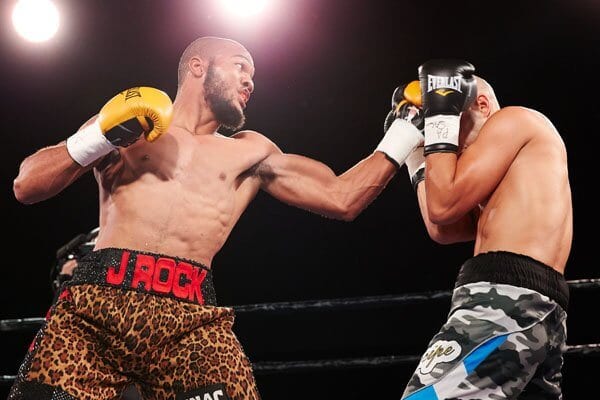 In the scheduled ten round main event, Philly’s Julian Williams blasted out Luciano Cuello of Madrid, Spain, after just 93 seconds into the opening round on Tuesday night at the Sands Casino Resort in Bethlehem, Pennsylvania. Williams wasted little time as he destroyed Cuello with body shots and rights to the head which forced Cuello into to sit on the ropes getting stopped before most fight fans had even settled into their seat.

The co-feature saw Moises “Chucky” Flores defended his Interim WBA junior featherweight title by stopping Luis “La Ardilla” Cusulito in the final round. In a fairly competitive match that some pundits on social media voiced frustration on the lack of promotion or attention to the bout between the little guys as it was stuck on a sleepy Tuesday night card. Flores would win dramatically by stopping Cusulito with nearly two and half minutes left in the bout saw Cusulito fade as Flores picked up the pace and won with in the distance.

Super middleweight Caleb Plant won a decision over Jamar Freeman in a weird bout in which Plant showed off his dance moves literally just as much as his boxing.