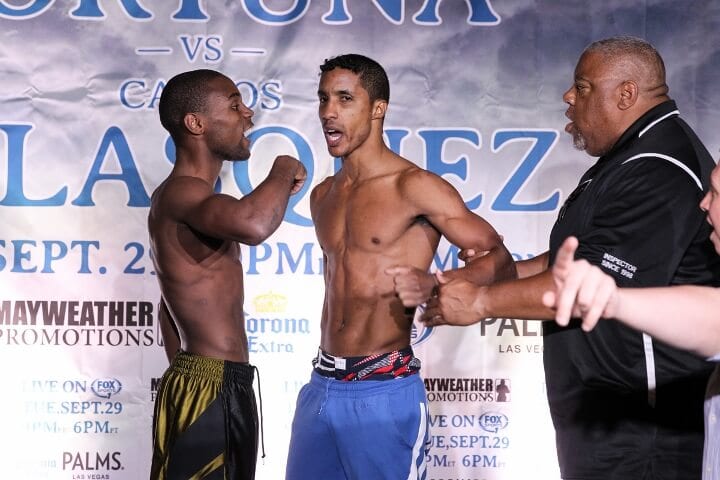 WBA “regular” super featherweight champion Javier “El Abejon” Fortuna (29-0-1, 21 KOs) defend his title with a tenth round stoppage over Carlos Ivan Velasquez (19-2, 12 KOs) in the headline bout of Toe To Toe Tuesdays on Fox Sports 1 broadcast live from the Palms Casino Resort in Las Vegas. Fortuna had his way with  Velasquez dropping him in the second round before finally stopping him in the tenth round after battering him badly.

Floyd Mayweather Sr. trained cruiserweight Andrew “The Beast” Tabiti (12-0, 11 KOs) scored an empathic second round TKO over Tamas Lodi (16-6-2, 13 KOs). Tabiti knocked Lodi down in the second, Lodi then proceeded to get to his feet only to be stopped seconds later.

In the fight of the night between two undefeated super welterweight contenders, Domonique Dolton (17-0-1, 9 KOs) and 2012 Mexican Olympian Oscar Molina (13-0-1, 10 KOs) battled to a majority draw. It also was a very entertaining bout that saw two judges seeing the bout 95-95 with one giving the bout 97-93 to Dolton.