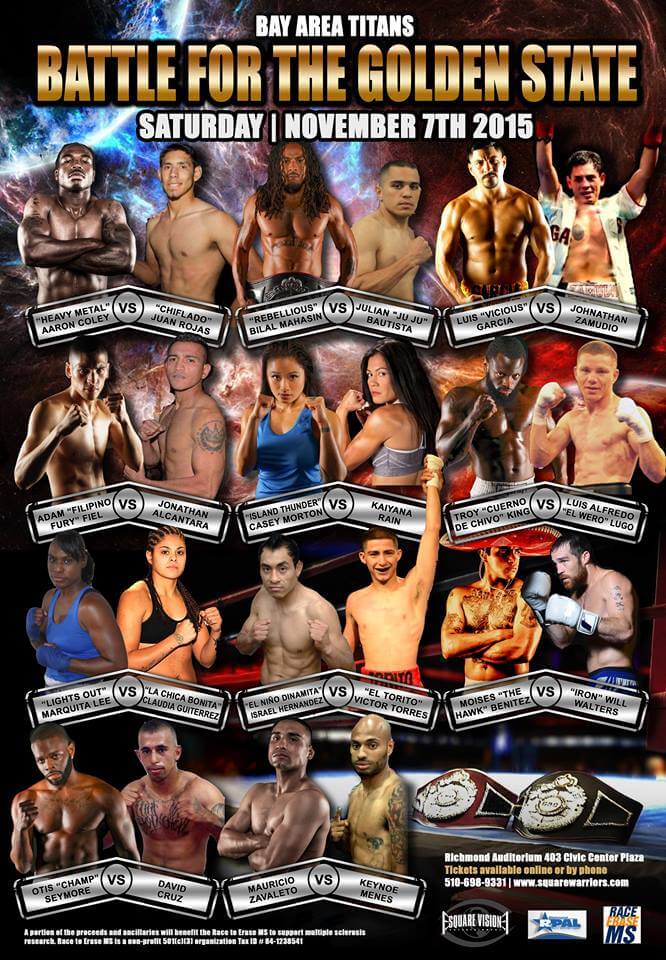 Bautista of Santa Paula CA, has gone 2-0 in his first two bouts with one win coming by KO. Bautista aims to spoil

any plans Mahasin has of continuing his current win streak by upsetting the hometown favorite.

Alcantara in a bout that may be potentially Fiel’s toughest opponent to date. Adam Fiel will began his journey

towards becoming a real contender in the featherweight division. The Fury will up the quality of opposition,

looking to get more rounds under his gloves. Fiel is known for his boxing

skills and sneaky KO power. The Filipino Fury looks to impress and showcase his skills with a six round bout

November 7th vs Jonathan Alcantara of San Francisco by way of El Savador. Alcantara is coming off a hard fought

eight round battle vs Daniel Franco (10-0) this past June. Alcantara will be the first big test for an undefeated Fiel.

Fiel was a highly regarded amateur, his Promoter (SquareVision Entertainment) and management team plan on

getting him moving over the course of the coming year with quality fights, having him ready to contend for a

Also on the card is Middleweight contender Aaron Coley of Hayward CA. Coley who recently fought on the

ROCNATION card in June got himself back in the win column. Aaron “Heavy Metal” Coley suffered his first and only

loss to Ievgen Khytrov, hopes to put himself back into contention for a regional title shot on a future SquareVision

card, in front of his home crowd. His opponent Juan “Chiflado” Rojas of Monterrey Mexico, has proven to be

durable going the distance with several contenders and promises to bring the fight to Coley the entire six rounds.

her battle it out vs Rain. Rain lost a sketchy decision vs Poula Estrada (3-0) in her debut fight but plans to take the

decision making out of the judges hands for this match vs Morton.

Up and coming Richmond native Luis “Vicious” Garcia, impressive in his debut with a first round KO over Daniel

Morales, is promising nothing but action as he prepares to battle San Francisco’s Jonathan Zamudio. Zamudio was

scheduled to face Moises Benitez earlier in the year before the bout fell through. He (Zamudio) has been staying

ready and is aiming at the possibility of ruining Garcia’s homecoming.

The Hawk, Moises “El Halcon” Benitez will continue his road to greatness as the young prospect looks to go 4-0 all

under the SquareVision banner. He’ll square off against Sacramento’s “Iron” Will Walters. It was Walters who

called out “The Hawk” on this matchup, vowing to retire from boxing of he fails to beat Benitez!

And for the first time on American Soil, Troy “Cuenro de Chivo” King will make his much awaited, anticipated Bay

Area premier. King has made quick business of his first 5 opponents, going 5-0 in his first five bouts. The

undefeated King, a Tijuana Boxer, will make his US debut in Richmond on November 7th VS “El Werro” Luis Alfredo

Lugo. Lugo a Richmond native by way of Los Mochis, Sinaloa, Mexico is promising the “fight of the night”

rematch (115lbs). Also on the card is O.T. “Champ” Seymore facing debut David Cruz of Modesto and the return of

All bouts are subject to change and commission  SquareVision in association with Richmond PAL will also present an exciting amateur undercard.

emphasis on establishing the region’s best fighters for future mega events. In addition to fighting for the GBO title,

fighters will be stepping into the ring for a greater cause, landing a devastating blow in the “Fight for Peace.”

Fighters will be going to battle in a collective effort towards peace and human understanding. We will also help

ups between the best fighters in the game, fans can be absolutely certain of an epic night of Boxing Entertainment.

The real fight is outside the ring when you choose the just cause to fight for.

SquareVision Entertainment will recognize these just causes through a major annual event dedicated to Peace.

SquareVision Entertainment’s motto of peace and understanding will be the central theme for the annual events.

celebrate the spirit of freedom that these peacemakers gave as their undying legacy, making each and every year a

world peace for the new generation. 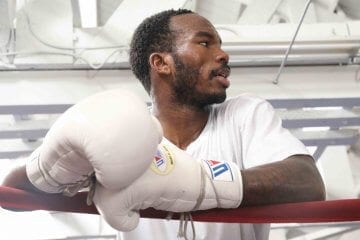