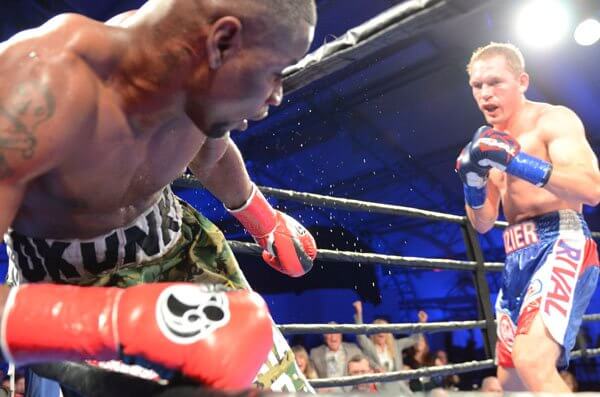 Welterweight Kevin Bizier (25-2, 17 KOs) recorded a tenth round TKO over Fredrick Lawson (24-0, 20 KOs) on Saturday night at Miccosukee Resort and Gaming in Miami, Florida. Kevin Bizier put on an old fashion beatdown of Lawson who was unable to take the power of Bizier as he was being forced around all four corners of the ring. Bizier put Lawson down in the fifth round, but the end came in the eleventh round when it appeared Lawson’s jaw was badly hurt as he rfeused to answer the bell.

The opening bout between super lightweight Keita Obara (15-1-1, 14 KOs) take on former Amir Imam opponent, Walter Castillo (26-3-1, 19 KOs) which ended in a majority draw. Keita Obara surprisingly outworked and took control over Walter Castillo as most observers scored the bout for Obara. The final scores for the controversial majority draw had one judge 115-113 for Obara and two judges 114-114.