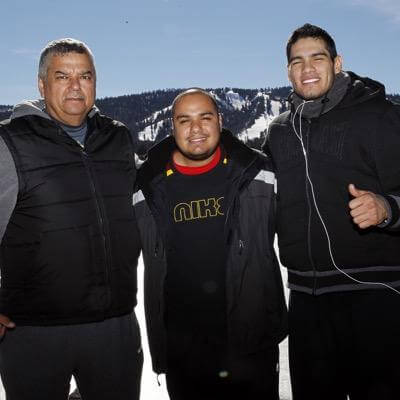 Super middleweight contender Gilberto “Zurdo” Ramirez (33-0, 24 KOs) made it look easy with a ten-round unanimous decision victory over Gevorg Khatchikian, (23-2, 11 KOs) in the main event of truTV’s MetroPCS Friday Night Knockout series at the Cosmopolitan Hotel & Casino in Las Vegas. Ramirez won every second of the fight barring a few exchanges. The judges scored the bout 99-91, 100-90 and 100-90 all for Ramirez.

Lightweight Saúl “Kid Dynamite” Rodriguez (19-0-1, 14 KOs) secure himself in the talks of being a contender with his annihilation of Ivan “Bam Bam” Najera (16-2, 8 KOs) stopping the game veteran in the first round dropping him twice. Rodriguez, a Robert Garcia Boxing Academy fighter, stopped Najera who only suffered one other loss which was to Felix Verdejo via a ten round decision.