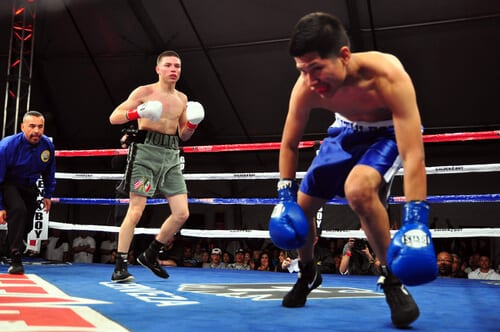 Julian “El Camarón” Ramirez (16-0, 8 KOs) earned a decision over Christopher “The S.D. Kid” Martin (28-7-3, 9 KOs) of San Diego in a scheduled ten rounder on Friday night at the sold out Belasco Theater in downtown Los Angeles. Ramirez who missed weight by 1.4 lbs started strong as he hurt Martin to the body forcing Martin to not be able to move as much. Martin would turn the table in the sixth hurting Ramirez is in the body as well. The judges scored the bout 100-90, 99-91, and 99-91 all for Julian Ramirez.