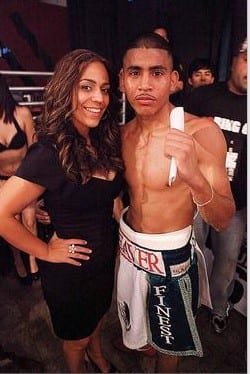 Bantamweight Alexis “Beaver” Santiago (21-3-1, 8 KOs) continued his winning ways  with an entertaining ten round unanimous decision over Erik Ruiz (15-5, 6 KOs) on Tuesday night at Sam’s Town Live in Las Vegas. As skill was largely left at the backdoor, Santiago and Ruiz engaged in an all out war as both stood in the pocket and traded for what could only be described as a slugfest. The final scores were 100-90, 99-91, 98-92.

Light heavyweight Paul “PPV” Parker (8-1, 4 KOs) won a narrow eight round split decision over Lionell “The Great” Thompson (16-4, 10 KOs) that was decided by a knockdown. The final scores were 76-75 two times for Parker and one going the other way for 76-75 for Thompson. In the opening bout of the telecast, super middleweight prospect Lanell “KO” Bellows (15-1-1, 8 KOs) scored a fifth round knockout over Antowyan “Iceman” Aikens (10-1-1, 1 KO