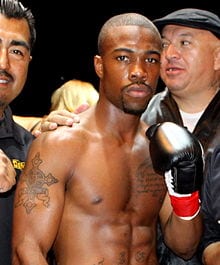 The aftermath of Keith Thurman vs. Shawn Porter no longer existing has lingering effects as the card from Uncasville, Conn. is no longer going to be on CBS rather a stand alone Showtime broadcast amongst other changes, the main event. Gary Russell Jr. will now face Patrick Hyland in the main event as he defends his WBC featherweight title on March 12th. The timing is a bit strange as a week prior Oscar Escandon and Robinson Castellanos will fight for the interim version of this very title.

The undercard will remain same as Abner Mares will take on Fernando Montiel in a ten round featherweight bout with a very good opening bout starting off the action on Showtime as Edwin Rodriguez will face Thomas Williams Jr. in a light heavyweight bout.