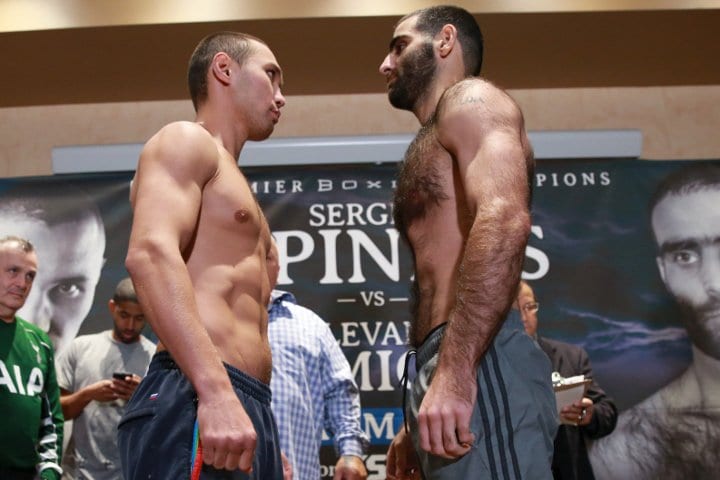 Super lightweight Sergey Lipinets (9-0 7KOs) scored a fifth round KO over Levan Ghvamichava (16-2-1, 12 KOs) on Tuesday night at the Robinson Rancheria Resort & Casino in Nice, California. A vicious right hand followed by a body shot crumpled dropepd Ghvamichava who was unable to get up for the ten count.

Super middleweight Sergiy Derevyanchenko (8-0, 6 KOs) scored an eighth round TKO over a game Mike Guy (8-2-1, 4 KOs) from Sacramento, CA. Guy had his moments landing some hard punches in the middle rounds, but the short notice took a toll on Guy who was stopped in the eighth round