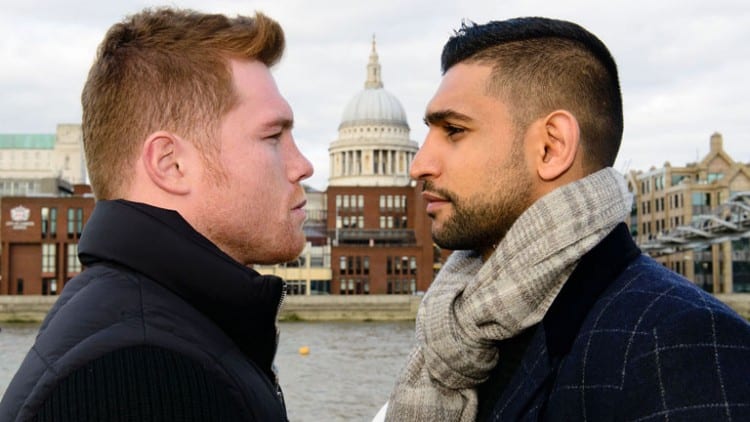 The May 7th clash between Canelo Alvarez and Amir Khan at a catchweight of 155 lbs. which will take place at the brand new T-Mobile Arena in Las Vegas, NV now has an undercard.

The co-main event will feature middleweight journeyman David Lemieux (34-3, 31 KOs) taking on recently signed Glen “Jersey Boy” Tapia (23-2, 15 KOs) in a ten round middleweight co-main event in a fight that could see the loser no longer with Golden Boy Promotions.

Mauricio “El Maestro” Herrera (22-5, 7 KOs) will be moving up in weight as he goes to the welterweight division to face undefeated Frankie “Pitbull” Gomez (20-0, 13 KOs) in a ten round bout.

The open bout of the pay-per-view card pits Patrick Teixeira (26-0, 22 KOs) of Brazil against Curtis “Showtime” Stevens (27-5, 20 KOs) in a ten round middleweight affair.