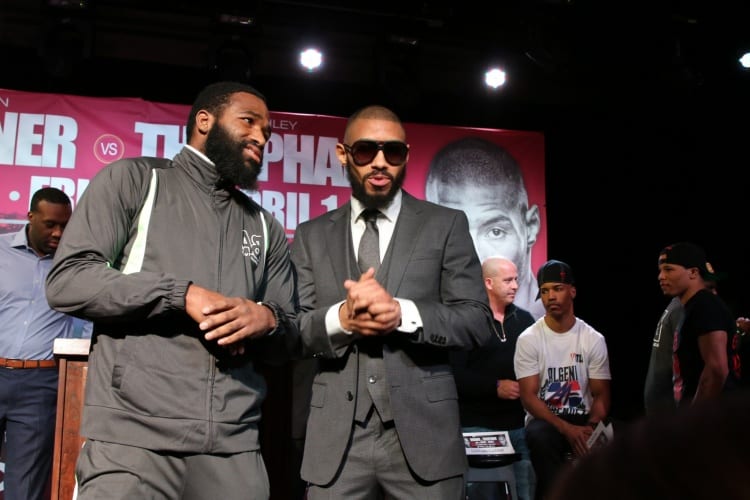 Often troubled former super-lightweight WBA champion Adrien Broner (31-2 23KOs) missed weight again, a trend that his career has seen. Broner who missed weight by .4 lbs, a lot of weight when it comes down when you have drained all the fluids from your body, made no effort to per Michelle Rosado, whom had sources confirm that Broner drink liquids after missing weight forfeiting the title on the spot. Ashley Theophane his challenger in Washington D.C. tomorrow night on a card that will air on Spike TV, made the weight, 140 lbs. Only Theophane can now win the title as if Broner wins, the title will become vacant. If Broner were to win the bout between Ricky Burns and Michele Di Rocco on May 21st in Glasgow, Scotland.

It was announced this evening Adrien Broner who currently has a warrant out for his arrest will turn himself in on Monday morning to authorities.

The other two Spike TV made weight

GERVONTA DAVIS CRUSHES HUGO RUIZ IN ONE ROUND