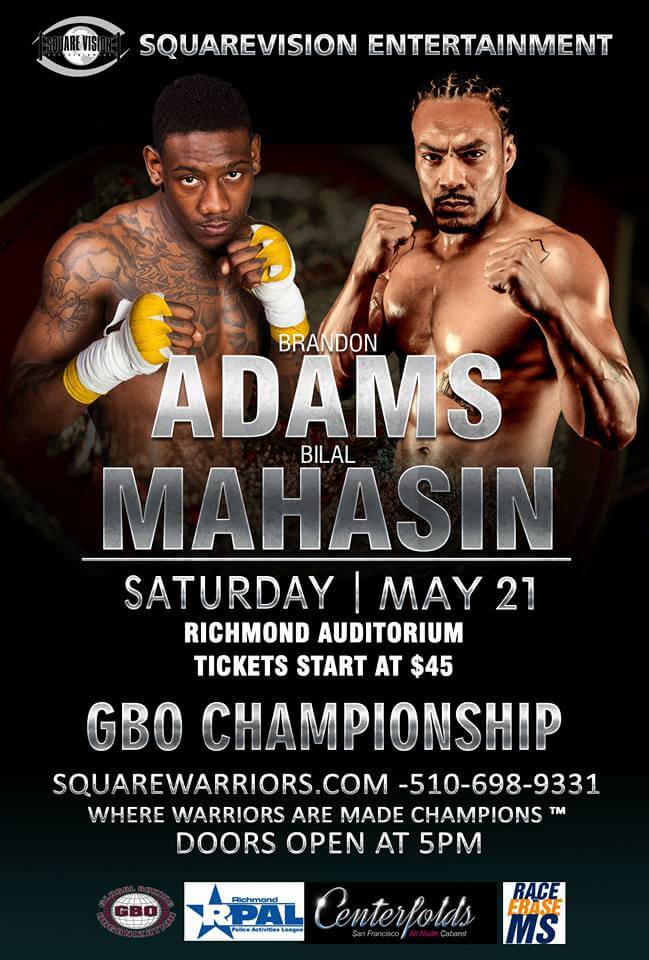 In a battle of junior welterweights, Brandon Dino “The Notorious One” Adams (4-3  2KOs) of 3rd St Boxing Gym in San Francisco, CA will take on Bilal Mahasin (7-3-1 1KO) of Boxing For Health in Oakland, CA for Mahasin’s junior welterweight GBO title. The fight which was announced this morning will be featured on a Squarevision Entertainment card in the Richmond Auditorium in Richmond, CA.

This will be Mahasin’s second defense of his GBO title after defeating Will Walters to win the title, he defended it last year against Julian Bautista whom he knocked out. Since then Mahasin fought for two different promotions losing a close decision to Eddie Ramirez in Dallas, Texas late in 2015 and getting stopped by Jonathan Chicas in Oakland, CA in a grudge match. The GBO title was not on the line for either fight.

For tickets please visit SquareWarriors.com with tickets ranging from $45 and $100.