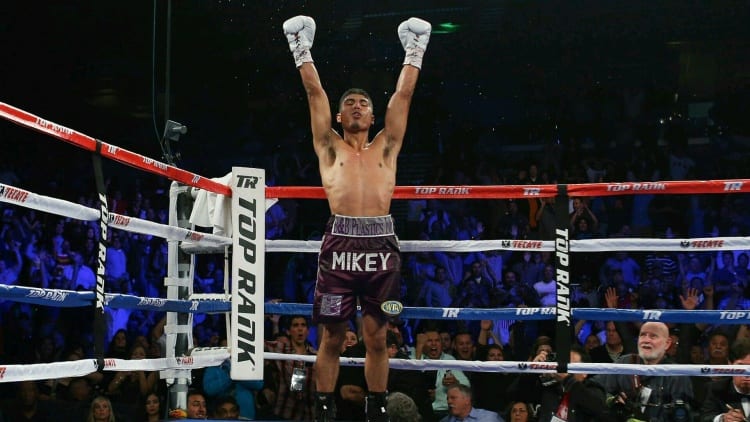 After two years or so, Mikey Garcia might return to the ring after a lengthy legal battle with his promoter, Top Rank, that had some (including myself) wondering if he would ever box again. The announcement came on “The Morning Punch-In Show With RB & Jae” hosted by Michelle Rosado in which Arum explained that Garcia is free to go wherever he please. Arum also hinted at Garcia potentially signing with Al Haymon with a statement at the end of the segment saying “…other promoters made runs at him, well, managers, promoters…”

Top Rank’s Carl Moretti announced later that the two sides had reached a settlement where Garcia will become a free agent.

Garcia is rumored to be returning to the ring at 140 lbs. and then seeing if he wants to cut down in weight to the smaller or weights or stay at 140 lbs.