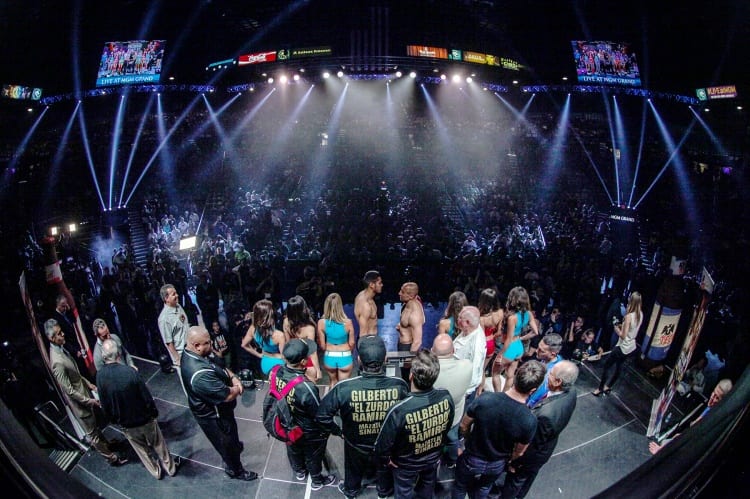 Ramirez who dominated from the opening bell took the center of the ring using volume to keep Abraham at bay who simply didn’t punch. The second round saw Ramirez land a solid body shot that hurt Abraham who was forced to clinch to survive the onslaught.

The next few rounds were no different as Abraham just didn’t punch at all, replicating a heavy bag he walked forward as Ramirez just landed combos and moved out of the way. In the sixth round, Abraham landed one of his few effective punches that moved Ramirez backwards into the ropes, but was rocked again in the following round.

Ramirez seemingly outclassed Abraham, who couldn’t match Ramirez’s volume though doubt loomed as Abraham is known for late round knockouts in fights in which he essentially did nothing, like this one. That was not the case in this instance. In the end, Ramirez outlanded Abraham in terms of power shots 3-1 and simply outworked the older fighter.

The judges saw the bout 120-108 all in favor of Gilberto Ramirez.