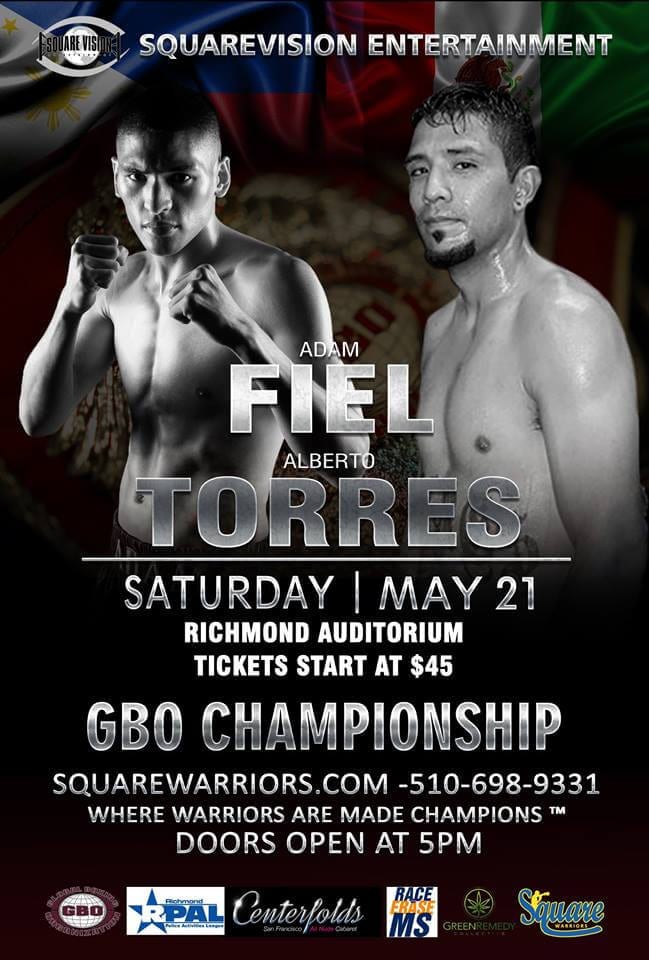 Featherweight prospect Adam Fiel (9-0 4KOs) of Vacaville, CA will face undefeated Alberto Torres (6-0-2 3KOs) of Sacramento, CA for The GBO featherweight title May 21st at the Richmond Auditorium in Richmond, CA in a bout that is rumored to be headlining the event. Fiel, a heavily touted amateur prospect has been eagerly awaiting his opportunity to step up in competition and Torres is certainly that. Torres hold a draw over Roc Nation Sports featherweight prospect Daniel Franco and is a game spoiler, hoping to capture the title.

Tickets are ranging from $45 to $100 and available on SquareWarriors.com