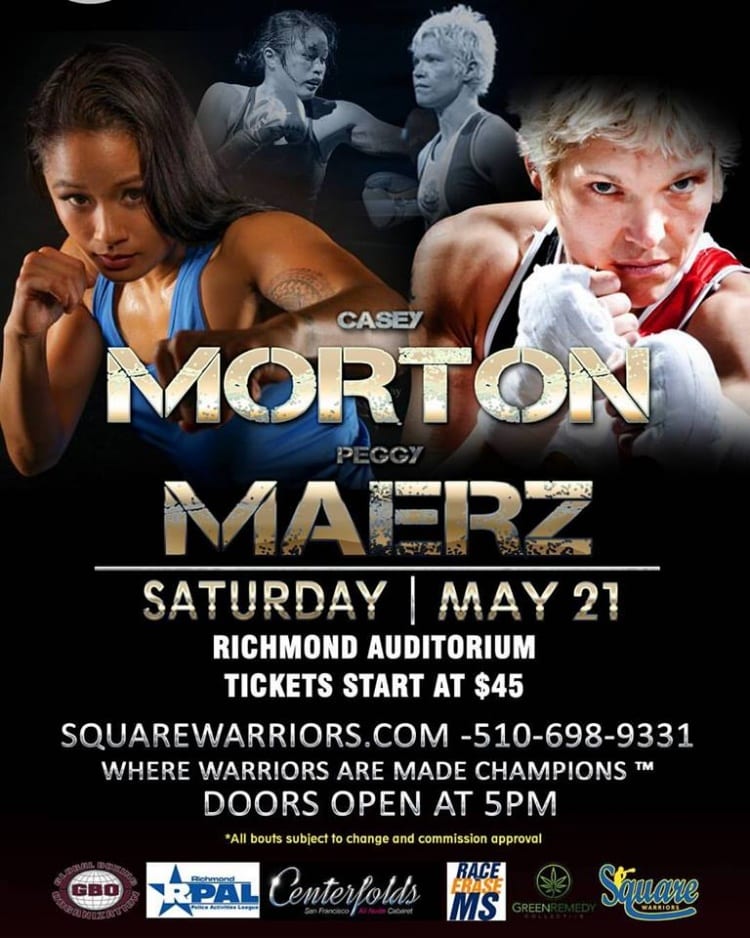 Undefeated San Francisco, CA super flyweight Casey Morton (3-0-2) who is coming off a hotly debated draw in Mexico that nearly every thought she won will face New York’s Peggy Maerz (2-9-1) in an undercard bout of the May 21st Squarevision entertainment event. This will be Morton’s first bout of the year in the Bay Area

In a week full of announcements from the promotion, the main event was set for GBO featherweight title between Vacaville, CA’s Adam Fiel and Alberto Torres of Sacramento, CA, Bilal Mahasin of Oakland,CA will defend his GBO junior welterweight title against Brandon Dino Adams, San Leandro’s Joel Siapno will face David Cruz and Moises Benitez of San Jose, CA will face Jonathan Zamudio of San Francisco.

Tickets are $45 and $100. They can be purchased at SquareWarriors.com

*CAN TERENCE CRAWFORD BEAT PACQUIAO? GET TERENCE'S ANSWER AND REACTION TO PACQUIAO/BRADLEY! 3*

A new episode of "The Boxing Shop" is now available