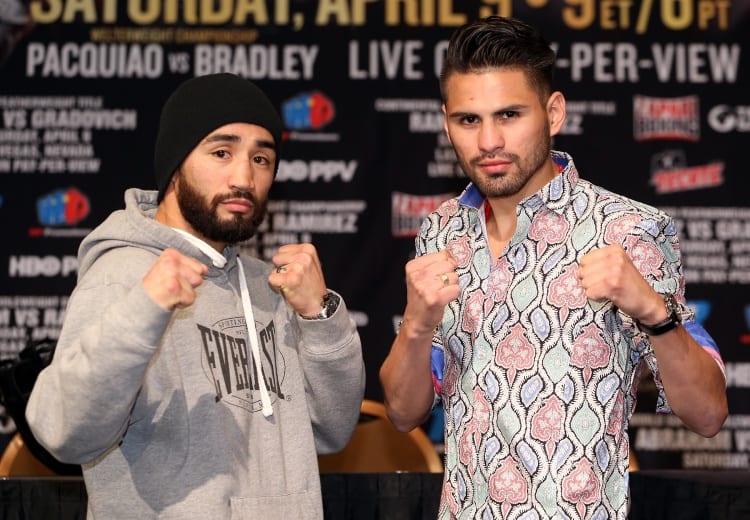 Rising boxing star Jose Ramirez who scored an exciting 10 round decision over a game Manny Perez to open the pay-per-view telecast of Manny Pacquiao-Tim Bradley III says if he had it his way, he’d like to see Manny Pacquiao vs. “Canelo” Alvarez next.

“That Canelo fight isn’t a bad idea…I don’t know [who wins], but it would be a hard fight to judge.” said Ramirez to Elie Seckbach via Seckbach’s popular YouTube channel.

Ramirez, who is a stablemate of Manny Pacquiao and has spent many camps sparring Pacquiao, is believed to be the next big star being trained by Freddie Roach along with Frankie Gomez.

Ramirez who stoically reflected upon his performance against Perez accrediting Perez’s ability to get low and create a small target for his inability to stop his foe as well as Perez just being flat-out tough.

Ramirez will return to action July 9th in Lemoore, CA at Tachi Palace Casino, a mere 35 minutes away from Ramirez’s hometown of Avenal, CA.