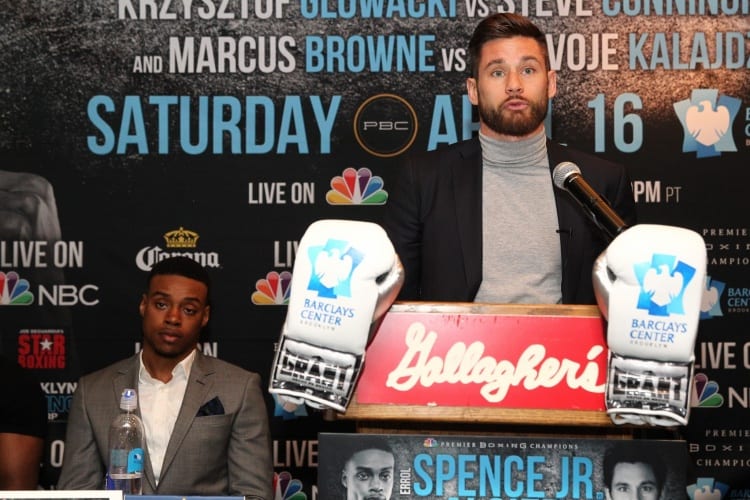 A story that got some traction late in February by Kevin Iole and was brought back to light this week by Newsday, that Chris Algieri doesn’t know the sum of money he is fighting for the week of the fight, well kind of.

Algeri, who is signed to Star Boxing, Joe DeGuardia, says he agreed to a sum of money, but his problem is he doesn’t know the total sum the promotion got for him and what percentage his purse is of that sum of money. Beyond that, DeGuardia, Algieri’s promoter, won’t tell him until 30 hours prior to the fight at the weigh-in. This has raised a big red flag to Algieri who has not yet sought legal action, but has also not ruled it out either.

DeGuardia on the other hand feels that Algieri is trying to renegotiate and look at the amount of money the promoter has.

Algieri who upset HBO darling, Ruslan Provodnikov, two years ago – saw a pay increase when he fought Manny Pacquiao earning his first million dollar pay day. Since that bout Algieri has expressed concern since he refused to tell Newsday the sum of money he made for either the Amir Khan or Erick Bone bouts, but confirmed the Bone bout was 30% of the total sum of money. Algieri feels at this point he deserves a 50/50 split.

This is a still developing story and something that many might not be interested, but could play a key role into this weekend’s fight.