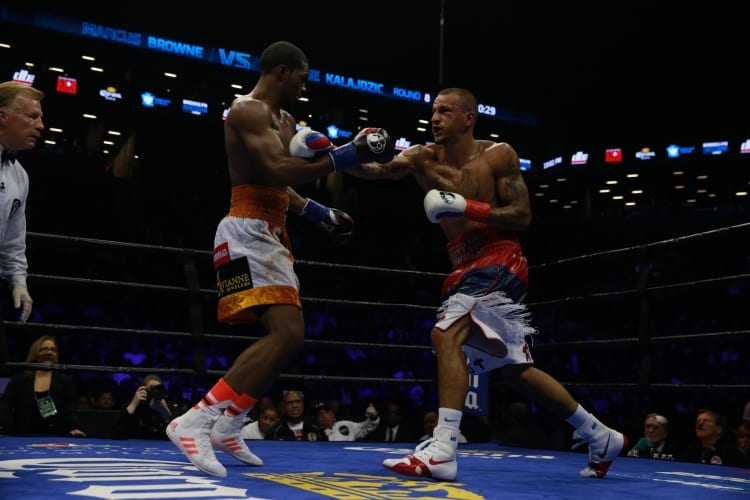 Despite a close fight that saw a mixed reaction on social media and the Barclays Center in Brooklyn, New York booing Marcus Browne told Elie Seckbach after the fight he will not give Radivoje Kalajdzic a rematch.

“Nah, I am not giving him [a] rematch! For what? He didn’t win that fight, bro. If I felt like I lost I would tell you. I am just disappointed, because of the performance.”

Browne won the bout by narrowest of margins, a split decision, that also was the benefit of a slip being called a knockdown in his favor as well as not being docked a point for hitting Kalajdzic when he was down. Browne was dropped in the sixth round and spent the rest of the fight surviving and clinching.

In an interest development, Kalajdzic told ThaBoxingVoice.com that he is eyeing Edwin Rodriguez now since Marcus Browne will not give him a rematch. Edwin Rodriguez fights in two weeks in Carson, CA against Thomas Williams Jr. as part of the television undercard of Fox for Premier Boxing Champions

Errol Spence Jr says he is ready for Kell Brook