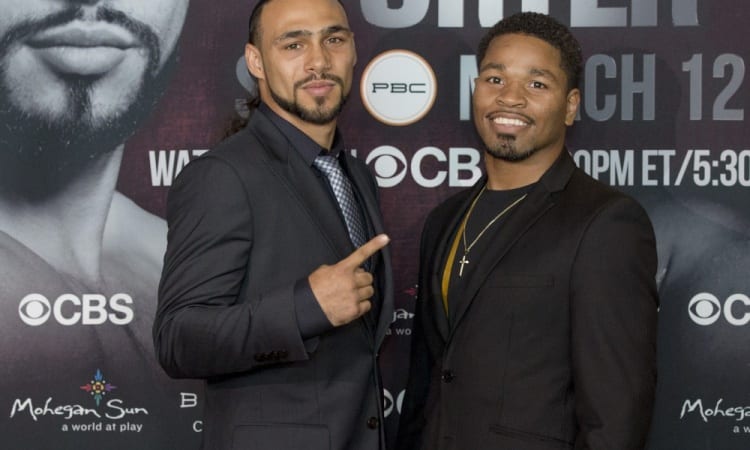 The fight of the year finally has a venue as the clash between WBA welterweight champion Keith “One Time” Thurman and former champion “Showtime” Shawn Porter will come to Barclays Center in Brooklyn, New York on June 25. The other bout is a good one as well featuring WBA featherweight champ Jesus Cuellar against former three-division world champion Abner Mares. The bout has an interesting built in storyline as trainer Robert Garcia use to train Cuellar, who suddenly left Garcia’s gym. Garcia now trains Mares, making Garcia a key factor in the fight.

The card will be televised by CBS in primetime as part of Showtime Championship Boxing special edition.

Tickets for the live event, which is promoted by DiBella Entertainment, start at $25 and are on sale Thursday, April 21 at 10 a.m. Tickets can be purchased online by visiting www.ticketmaster.com, www.barclayscenter.com or by calling 1-800-745-3000. Tickets are also available at the American Express Box Office at Barclays Center.

Errol Spence Jr says he is ready for Kell Brook