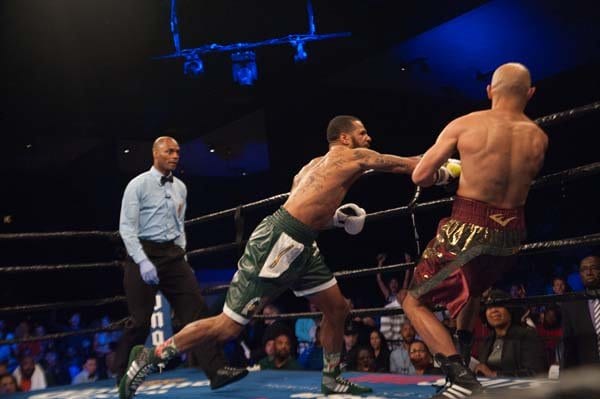 In a workmen like performance, Andre “The Ressurected” Dirrell (25-2, 16 KOs) mostly dominated Blake Caparello (22-2-1, 6 KOs) over ten rounds. The one outlier was Caparello landing a shot that dropped Dirrell in the second round. Caparello also dropped light heavyweight Sergey Kovalev (albeit many felt he stepped on the fighter’s shoe).  Nonetheless, Dirrell cruised to a dominate decision win with all three judges scoring the bout 98-91.

Former WBC super middleweight champion Anthony “The Dog” Dirrell (29-1-1, 23 KOs) put on one of the best performances of his career as he stopped Caleb “Golden” Truax (26-3-2, 16 KOs) in the first round. Dirrell dropped Truax with a barrage of punches and made Truax’s knee go weak, an overhand right would find Truax’s cranium once he got up off the canvas forcing the ref to waive the fight off.

In the television opener which was an IBF super bantamweight eliminator Jonathan “Salomon King” Guzman (21-0, 21 KOs) continued his knockout streak to 21 as he scored an eighth round TKO over a very tough Daniel “Bad Boy” Rosas (20-3-1, 12 KOs) on Friday night at the Taj Mahal Casino Resort in Atlantic City, New Jersey. Rosas tried to smoother Guzman, the naturally stronger man and had some success in early to middle parts of the fight, but once Guzman was able to find range and time Rosas, that was all she wrote. Rosas was dropped in round five and again in round eight right as Spike TV went to break. . Guzman will now face Shingo Wake for the IBF 122. lbs title vacated by Carl Frampton.